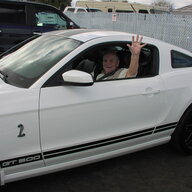 From the 2020 Mustang Service Manual.

Engine Off Load Shed
When the engine is off, and the BCM determines the battery state of charge is below 40% or 10% of the charge has been drained or 45 minutes have elapsed, a load shed message is sent over the CAN. This message turns off the audio/navigation system to save the remaining battery charge. Under this condition, the FDIM displays SYS OFF TO SAVE BATT (without navigation) or BATTERY SAVER — SYSTEM OFF PLEASE START THE ENGINE (with navigation) to notify the driver that battery protection actions are active.

Engine off load shed occurs when the engine is not running, and the ignition is in the ACC or RUN position. To clear the load shed state, restart the engine. 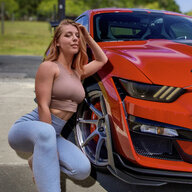 Thanks, Earl. I knew I read it somewhere in that dang manual.

Ron et al: I've never seen that message but I don't think she's gone two weeks without a start, either. And, like you, I just love the CTEK rig. I just ran my supply cabling to the passenger front. I also grabbed a couple extensions and just let it dangle from below the sharp front point of the fender. I do however, leave the hood resting on the pins/latch to prevent the possibility of crushing the CTEK connector. Don't have any photos of that but here's my latest screen shot. 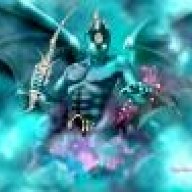 Thanks all, currently I have it on the two nuts in my main picture, and if I run into any issues as messages, then I will switch it to the recessed nut and the strut negative nut.

Hey KB that girl is giving my effen nightmares, its not halloween yet.

Mike: I was just waiting for someone to mention it.

kilobravo said:
Mike: I was just waiting for someone to mention it.

Eh....you could do better...the smile reminds me of a beaver chucking wood.

And isn't it Woodchucks that chuck wood? <grin>

And isn't it Woodchucks that chuck wood? <grin>
Click to expand...

Look, I see road rash occuring when looking at that picture, I dont care if its woodchucks, beavers, or a black & decker pecker wrecker, I see war wounds 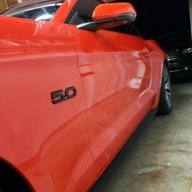 WD Pro said:
Ignoring all the discussions on where to actually connect the charger, yes, you can get a good electrical connection from that position

It can be a bit tricky to get that nut off, just use your finger on the underside and keep the stud in its uppermost position whilst the nut is unscrewed / removed

If you use these points though the charging current wont be going through the current transformers on the + and - cables.

The points in post #11 are the best / most correct way IMO for a few reasons. One being that the charging current will be going through the CT's on its way to the battery and it makes for a neater installation.

It's also the same path the alternator current will take on it's way to the battery and when the battery discharges current. 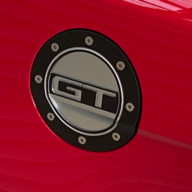 AngelDeath said:
Well found the battery thread and it seems both warpath and gtccobra use the nuts I was planning to use so it seems they do conduct electricity. And away we go
Click to expand...


Of course, was there ANY b

WD Pro said:
Ignoring all the discussions on where to actually connect the charger, yes, you can get a good electrical connection from that position

It can be a bit tricky to get that nut off, just use your finger on the underside and keep the stud in its uppermost position whilst the nut is unscrewed / removed


Not necessary to remove the nut, just use another nut, sandwich the terminal between the 2. Should be obvious that this will also work on the pos side.

That said, at first I disregarded the ground to body mount idea. However the more I read the more I learned.

And having not used the charger, decieded that the engineer that designed the circuit. Was smarter than the user, changed things up.

Found a well hidden place to run the charger ground to the body. When not in use the pink-tail is well hidden under the battery box top. Nice clean install. 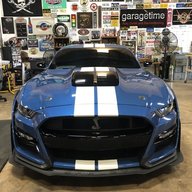 Allow me to share my experience. First, I have had several Battery Tenders over the years but they typically are not smart and are designed with minimal amperage which could take a week or more to charge a drained battery. This may trickle-charge my off-road truck or boat battery, but in no way manages or conditions the battery keeping it fresh.

With the Shelby, I went with the CTEK MXS 5.0 which is a super smart 4.3a that also works with my other Absorbed Glass-Mat (AGM) batteries batteries and features advances features such as a float/pulse maintenance system and reconditioning settings. (Hey, my Ford Bronco battery is a Odyssey AGM!). What I really liked, including the cool wall mount, was the fact that I can directly attach the supplied ring terminals before the battery which have no possibility of detaching, as opposed tot he Spring Clamps which are used for stand alone batteries and dumb battery management systems.

I placed the Positive Ring Terminal directly on a hot post under the fuse panel cover. You can see the hot wire running forward (or to the left) and securely held with the terminal nut. I then connected the Ground Wire to an existing Ground Post located the Passenger's Side Shock Tower. Any chassis, body or block ground will do as long as it keep the Battery Management System in the loop. My Ring Connectors included a pigtail connector which is easily disconnected from the CTEK whenever I car to drive. Look for the orange connector at the lower left of the photo. So, I then wanted to connect the CTEK, close the hood and cover the car. I noted that there is a hood gasket that runs at the windshield across the center and Driver's Side, but was open at the Passenger Side where my permanent charger/maintainer connections were made. I bought a couple of CTEK extensions and simply run the wires between the hood and windshield, across and under both wiper blades, over the Driver's Side Mirror and then down under a carpet to the the CTEK Charger. My hood is now closed, the car is locked, the cover is on and the CTEK is connected. All was good until two weeks later my Ford Pass gave me the following message while I was out of State:

Yes, this was concerning. I pondered my CTEK Installation and researched for afar. I determined that the car the Battery Management System (BMS) will place the car into a battery preservation mode (Deep Sleep) when either the car has not been started for two weeks or the battery drops to less than 9.5v. What is Deep Sleep? My Ford Pass Application Message simply states that "Connectivetivity Is Temporarily Unavailable". This meaning my Ford Pass Application.

Now here is the good part... Five weeks later, I needed to confirm what was happening. I disconnected the CTEK (which was in full Pulse Mode at the time) and tested the battery with a DVOM to find a full 14.8v! I hopped inside and went to ACC mode to find NO MESSAGES and ALL FUNCTIONS and MEMORY INTACT. Clearly my car was maintaining more than 9.5v, but no it had not been started for more than two weeks. My guess was that using the fuse panel 12v+ and body 12v- that I had not bypassed the voltage monitoring system and simply had not started my car for the designated period of time. If I had connected straight to the battery, my guess is that the BSM would have shut down more systems and triggered dash panel messages.

In summary, I think the only thing I am encountering is a lack of starting cycles when out of town. The BMS is doing it's thing by participating in the charging/monitoring process and I am convinced that the CTEK is the smartest charger/maintainer that I have ever used.

I am sure there is a work around for the Starting Cycle issue, but is it really a problem? The car is happy. The battery is happy. Only my Ford Pass is unhappy.

This is the exact way I installed my CTEK except my pigtail runs out the passenger headlight. I too got the error message about going in to deep sleep mode. I came to the same conclusion about start cycles. CETK is a great product.

The weather is going to be nice today in Tulsa. So, I’m going to get my girl out for the first time since Christmas. Excited to roll, it’s been to long.

If it's chilly, John, be careful with those tires, they definitely don't like chilly. :-)

Big John said:
This is the exact way I installed my CTEK except my pigtail runs out the passenger headlight. I too got the error message about going in to deep sleep mode. I came to the same conclusion about start cycles. CETK is a great product.

The weather is going to be nice today in Tulsa. So, I’m going to get my girl out for the first time since Christmas. Excited to roll, it’s been to long.
Click to expand...


I am not thinking deep sleep is an error, same as the computer you're using to post, has sleep display goes dark. A deep sleep for a computer spins down the hard drive. in the Mustang it drops the wifi for instance.
An ordinary GT owner ....... not quite
Advertisement
You must log in or register to reply here.
Share:
Facebook Twitter Reddit WhatsApp Email Link

Battery relocation to the trunk.
2 3

What is this? Connector on Negative Battery cable..
2

Never come back to a dead battery on your GT500