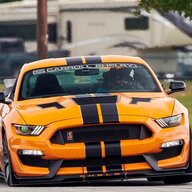 I've seen some confusion by forum members as to what's going on with the Michelin Pilot Sport Cup 2's that come on the 2019+ GT350 in comparison to those on the GT350R and PP2. Here is a direct quote from Ford Performance's Vehicle Dynamics Engineer Steven Thompson:
https://www.hotrod.com/articles/sibling-rivalry-comparing-2019-gt350-gt350r/

Although both tires share the same name, they are very different in respects to tire compound. "The GT350 for 2019 is a more aggressive compound than was found on the Super Sport tire of the previous GT350's, but not as aggressive of a compound found on the GT350R. Thompson states that, "a GT350R tire will still [have] a higher grip [versus] a base GT350, but along with that comes some things that you would expect: a bit more wear—faster wear. The GT350 base [Cup 2 tire] is a little less susceptible to grip loss with successive heat cycles because of the different compound formulation. It's better for the base 350 to offset that loss of grip between the two tires."

The contrast between the tire compounds is akin to the different tires that you see in modern day Formula 1 racing, with their different tire compounds of soft, medium, and hard. One can imagine the old Michelin Pilot Super Sport tires as being analogous to the hard compound tires, whereas the new 2019 GT350 base Cup 2 are the medium tire, while the GT350R receives the soft tire.

Although the GT350R's Cup 2 tires are the softest, Thompson says,"The GT350R tire is not going to wear out like the old F1 qualifying tires. There is still a good longevity there. It's still good on excessive heat cycles. It's the top highest grip, softest compound that we're going to put on a car. Similar to what Porsche has done with the [Michelin Pilot Sport] Cup 2 R. It's much softer, [and is] going to wear much faster than their base Cup."
Click to expand... 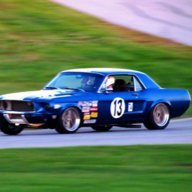 Now to get Pobst or someone else super consistent to do back to back laps in a 350 and 350R with EXACT same tires would be nice... 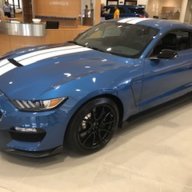 Schwerin said:
Is there a good place to buy the FP tires if you need replacements other than Ford directly?
Click to expand...

Tire Rack sells the correct specified tire for each manufacturer. 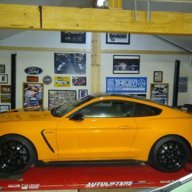 mavisky said:
I've seen some confusion by forum members as to what's going on with the Michelin Pilot Sport Cup 2's that come on the 2019+ GT350 in comparison to those on the GT350R and PP2. Here is a direct quote from Ford Performance's Vehicle Dynamics Engineer Steven Thompson:
https://www.hotrod.com/articles/sibling-rivalry-comparing-2019-gt350-gt350r/
Click to expand... 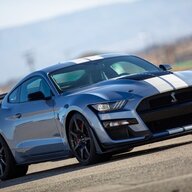 Wildcardfox said:
Is it bad for saying thank you for posting my article lol
Click to expand...