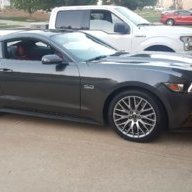 Fisrt, for the guys/gals with the auto trans, are your cars equipped with the Auto Start/Stop? Just curious. My wife's Cherokee has it. It's kind of a PITA, but once you get used to it, it's not a big deal, unless you are in heavy stop and go traffic.

I bought my wife a Jeep Cherokee about 2 years ago. after about a year, it started shifting funny (holding lower gear too long) and the fuel milage was off by 35 to 40 percent. Jeep dealer said that there was a software update to the transmission. The update fixed the problem. About 2 years into the purchase, the battery had to be replaced (apparently, the Auto Start/Stop is hard on the battery). After the battery replacement, the transmission was acting like before, not shifting right and fuel milage was off. Took it back to Jeep, and they said that the battery replacement must have reset the transmission to the old version.

So my questions is, those of you that have aftermarket tunes, have you had an issue with replacing the battery and and then having issues with the tune?

Kind of long, I know, but I'm getting the FRPP 2 installed in a couple of weeks and this came to mind. 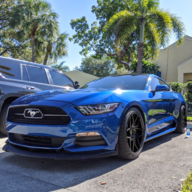 No auto start/stop in the Mustang, that was a huge annoyance when I had a loan Escape for a week.

No issues removing/disconnecting/replacing the battery and your tune.

Nagare said:
No auto start/stop in the Mustang, that was a huge annoyance when I had a loan Escape for a week.

No issues removing/disconnecting/replacing the battery and your tune.
Click to expand...

Good to know, thanks. And sorry about you not getting Photo of the Month for Feb. I thought it was an outstanding pic of your car.
17 GT Premium PP, FRPP Power Pack 2, Go Bills! 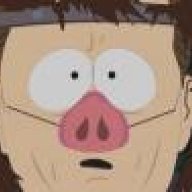