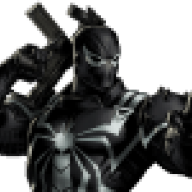 SOLD
Sadly I had to trade her in and get something less expensive due to some recent financial struggles. But I stayed in the Ford family. I got a 2016 Focus ST with the ST3 package. I had to get something that was less expensive but I was still willing to drive everyday. Lower payment, insurance, and fuel cost. Still a fun commuter for work though. Having to drive the Mustang everyday was killing me. I didn't originally buy it for a DD. But the first thing to go was my DD when money got tight. I plan to be back in the game in 2.5 years when my son starts school and the wife can go back to work. I'll still be around drooling over everyone else's builds. I will update this list as it happens. Thumb through the thread for updated pics. Thanks for looking. Any feedback or questions, feel free, I appreciate both.

It was a late dealer ordered 2015 that I found was still inbound to the dealer. Found a paper inside that had the final date of production 7/31/15. I purchased it from Crown Ford in Fayetteville NC. They are part of the same dealer group I work for at BMW here in Richmond VA. So the process was pretty easy. When I found out about the 0% it pretty much made up my mind to sell the 13 and get into a 15. They had the exact car I wanted. Except I really didn't care about the enhanced security but it's on there and guess it's worth the $395. I managed to get a buyer for my car the same week I decided to move on the new car. We managed to work the sale out the same day I drove down to pick up the s550. The whole process worked out as good as it could have for everyone involved. Even got to finally meet my buddy JJ from Hypermotive Performance, who met me at the dealership and hung out for a bit while selling my 13. Which the buyer is a great dude as well, and a member over at s197forum.com. So I know it went to a good home.

So what's next??? Tint is scheduled for tomorrow. Going with 20% all around. Same as my 13. Most likely going to wrap the hood vents and vinyl tint the side markers too.

JJ got me hooked up with a JLT and X4, and waiting on a Lund tune. After that, it's detail time as I did not let the dealer touch the car besides taking it out of transport mode.

Here are some pics from when I first got it from the dealer. I didn't even let them gas it up. I made them wait for me so I could do it. They still paid for it of course haha.

Only bad luck I had was on the 212 mile drive home a tractor trailer that was merging onto 95 kicked up a rock and got my windshield from like an 1/8 of a mile in front of me. I was so pissed! Thankfully it just left a few pot marks right above the passenger wiper blade and it's not in my line of sight. I will try to lighten them up with some resin at work. Hopefully it will fill enough to make it less noticeable. Usually that stuff only works when you can actually fill an actual chip. So we'll see. Oh, and got a small rock chip on the bumper too [emoji35] but nothing a little touch up can't handle. I didn't feel like stopping and buying painters tape before the ride home. And you can't do that everyday...I'm against clear bra's on white because eventually the bra yellows over time and looks very noticeable on white... 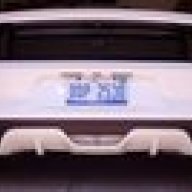 Congrats on the new Mustang! I liked your old one too.
2017 Green Go Dodge Charger R/T Scat Pack 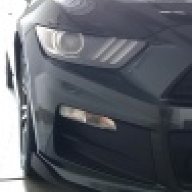 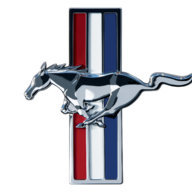 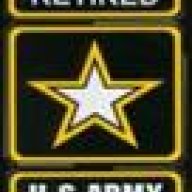 You have excellent taste in vehicles!!

People sleep peaceably in their beds at night only because rough men stand ready to do violence on their behalf. 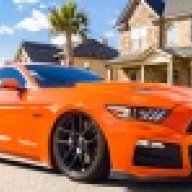 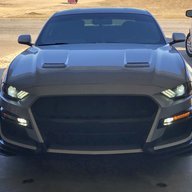 Location
A state in the South East of the US 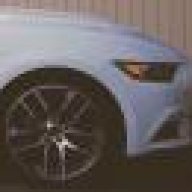 Yeah that white looks great when pics are taken in right conditions...man leave it stock for awhile, break it in and experience the motor come alive and the mpg improve:cheers:
OP
OP

As far as the rock chip, look into Dr Colorchip. I've heard a lot of good things about using that for rock chips.
Click to expand...