Ive got oil stains/leak under the exhaust manifold. Any idea why this might be happening? My engine only as 60k miles on it (powertrain warranty is up). I change the oil every 5k. 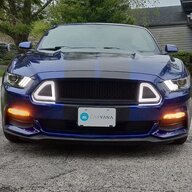 That doesn't look too abnormal. Check around the valve cover gasket area to see if you can find the same residue. If not that looks pretty normal especially getting up there in the mileage. Could also be exhaust manifold gaskets.

yeah, i was thinking exhaust, not oil 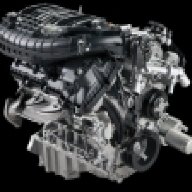 I have the same thing on the drivers side. I have washed it down with brake cleaner to establish the point of the leak. My current thoughts are the source is either of one of two areas on the front of the engine. The oil under the manifold is from misting and air currents and the beginnings of coking with the heat.

My first belief is the intersection of the block, head and timing chain cover secretes a small amount of unpressurized oil over time due the inadequate sealant application with the three mating surfaces. After washing down the area that's where it begins from my limited observation.

Very less so my second thought is a head gasket leak and the pressurized feed to the head that is also by the engine front. But that should exhibit more of puddling.

That being said the leaks under the exhaust manifold are all seem to be dead on the head and block oil return passages.