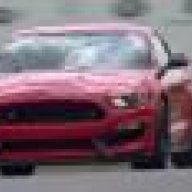 The 1LE is a bad ass car. But it will ruin you for the future. It's almost impossible to find a car that has that much grip, response, and perfect handling manners. It tool the GT PP base platform, and added Ford Racing handling package and wide wheels and tires to be close to an equal. The new LT1 in the SS is even nicer than the LS3. The 2016 SS is supposed to handle equivalent to the 5th gen 1LE. I think.with comparable rubber and slightly lower stance and it will be.

I got mine at Ben Mynatt in Concord. They only have a yellow SS left that they can do a similar deal on. The 16 SS's are getting more scarce everyday. It's an amazing car for $35k for, a loaded up 2SS. Very spoiled by this car. Love the HUD, and think MRC is a cool technology...The eight speed auto is cool too. And the autos are just as efficient as the produce same whp as manual cars.

Heck, I was hoping to find a 1SS 6 speed manual, that should be even less! Thanks for the info.
17 Camaro 1SS 6M
Advertisement