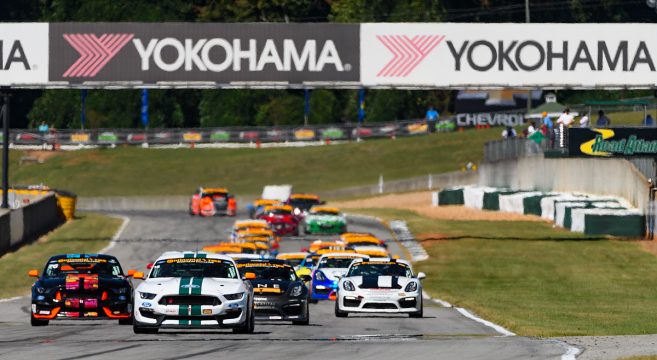 After a dominant season from Multimatic Motorsports, the Ford Shelby GT350R-C earned its first  championship title in its first full year of competition in the Continental Tire SportsCar Challenge with a win on Friday at Road Atlanta.

The No. 15 team of Billy Johnson and Scott Maxwell controlled the field at the final race weekend at Road Atlanta 150. After the GT350R-C started on pole for the sixth time this season, the duo went on to capture their sixth win this year, and also clinching the manufacturers’ championship for Ford in the process.

“We’re very pleased with how the Shelby GT350R-C has performed on the track since its debut,” said Dave Pericak, global director, Ford Performance. “It’s just another proof point where we have used the race track as a laboratory to help develop an outstanding performance car for the street. Congratulations to Scott, Billy, Multimatic and the whole Ford Performance team on their efforts this year.”