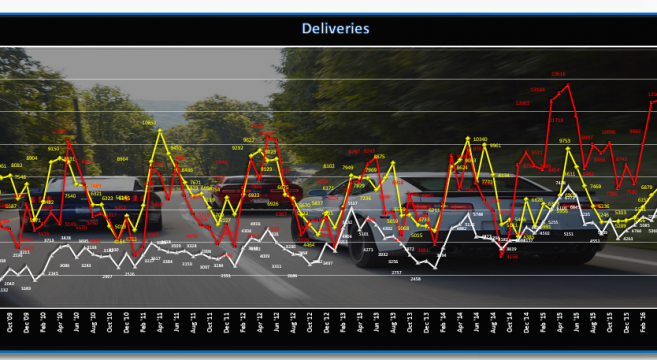 This compared to 8,299 Mustangs sold last month and 9,456 Mustangs sold the same time last year (which itself was a 200% increase), representing a 32% decline year-over-year.

September is a historically slow month for Mustang sales but last month’s downturn has been more pronounced than usual and recent spy photos of the impending 2018 Mustang refresh are sure to weigh even heavier on sales as we enter the colder months.

Despite the slow sales month, Ford has sold 87,258 Mustangs year to date compared to 54,535 and 51,186 for the Chevrolet Camaro and Dodge Challenger, respectively.

See the September 2016 Mustang sales charts in the forums.