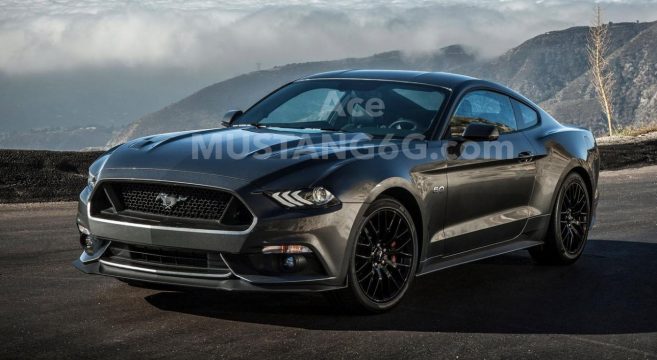 Days ago, we showed you the first spy photos of a 2018 Mustang prototype and M6G members have already attempted to digitally peel back the heavy camouflage to give us a look at the modified body work that could be hiding underneath.

With an eagle eye towards the few unhidden parts of the prototype and a healthy amount of imagination, this rendering from M6G member Ace attempts a plausible guess at some changes we could see for the 2018 Mustang GT.

A slightly reworked headlight shape and daytime running light “gills” combine with a modified front bumper and front grille that borrows heavily from the Shelby GT350, providing just enough visual differentiation that could be expected for a mid-cycle refresh.

Indeed, if the 2018 Mustang GT does adopt a more 2015 GT350 styled front fascia, it would be consistent with the approach Ford has taken in previous generation Mustangs, the most recent example of which is the 2013 Mustang update that brought about front fascia changes reminiscent of the 2010-12 Shelby GT500.

Check out this 2018 Mustang GT rendering along with other interpretations based on the spy photos.