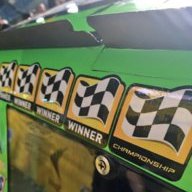 Recently completed an order. As a matter of fact, first time orderinbanted to share as there were some challenges. Did a phone order, upon completion of order confirmation noticed that part didn’t align with what I told over the phone. It was bit of hassle but props to their customer service, it was properly/ timely handled, once the correct people got involved.

Within the same order (it arrived) only half the order was there. Called up cs and was told that the manufacturer probably didn’t add the correct assortment and they’d follow up to them but it was Friday afternoon so chances of hearing are slim.
Thought I’d try manufacturer myself to which I got in touch with. They not only weren’t aware of anything missing they sent me paperwork that beef cake sent them showing the proof that the item wasn’t missed, not on there end.

Calling up beef cake cs and sharing this new piece of info, the story told to me was that they beef cake had called them (manufacturer) prior to in handing the mix-up above and that they were aware that my order was a package order not a single item like I received. I told them that the following week (mid week) I had a install , test, tune, Dyno scheduled and if it’s possible to get in 3 days. To which I was told that someone would follow up with me tomorrow (which would have been a Saturday) . As that shouldn’t be a problem to do for you (me) - Very impressive. In the meantime, the manufacturer replied back to call them Monday and they’d square me away. That was cool. Monday came and sure enough manufacturers squared me away.
It wasn’t til the afternoon that beef cake gave me a reply of a tracking, that was about it to the extend of the follow up. And I know beggars can’t be choosers but estimated ship time wasn’t 2 or 3 but 4 days thus having to cancel my schedule appointment.

I am not upset as I am disappointed a) having to reschedule (hopefully getting back in this year before late fall) booked several week/ weekends atm b) after correcting the first issue and even the first issue itself, it was just an is what it is attitude. (Passing the buck of why the item was missed & telling something can be there and when it can’t)

I don’t need anything, I dont it won’t anything, post experience. I just want to make myself perfectly clear in that statement. Rather, just telling an ordering experience where the customer got pushed off. Especially as a first timer.
Last edited: Monday at 9:04 PM 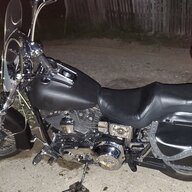 One thing I do know is not to schedule major work on a delivery time. Always have parts in hand when you make the appointment or build in some oh shit time. Saves a ton of headaches.
When you're dead you won't know it and only your loved ones will feel the pain. Same with being stupid.
OP
OP

One thing I do know is not to schedule major work on a delivery time. Always have parts in hand when you make the appointment or build in some oh shit time. Saves a ton of headaches.
Click to expand...

kinda so when I had to work with the manufacturer to get the part. And the fact they didn’t order, tried to push it off on the manufacturer. When the po said otherwise, they lied to cover the lie. And then said I’d get a part shipped 2 day (nope) said they’d follow up (ehh not really, okay a track #) which I already had.

…getting pushed Off in terms not being transparent. If you can’t deliver or if you screw up either own it, don’t say it, or apologize. None really occurred.

I like you point though above scheduling but things book up fast, scheduling is a pita. Again I’m not pointing fingers at the shipping persay but the fact of telling me such when it reality it isn’t. Like who screwed up the order. It wasn’t the screw up that bothered me, but why lie.

Gottcha Terry is usually on the ball.
When you're dead you won't know it and only your loved ones will feel the pain. Same with being stupid.
Advertisement
You must log in or register to reply here.
Share:
Facebook Twitter Reddit WhatsApp Email Link