New stats for this month (April) Mustang vs Camaro vs Challenger sales figures?

Official Mustang number is in. 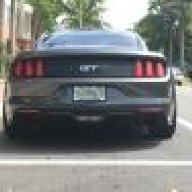 Damn Ford be killing it 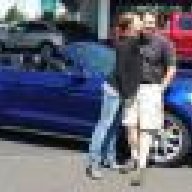 Even more of a reason to mod the car in order to make it unique
Click to expand...

Ha ha, so true! Selling like crazy, down approx. 400 from the same month last year. 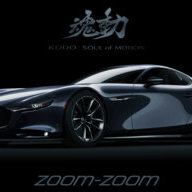 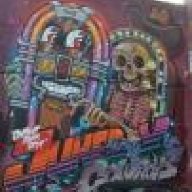 Vehicle(s)
Carless till she arrived 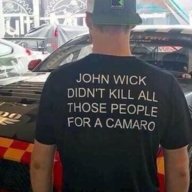 I imagine that Camaro's sales will start approaching Mustang's, just don't know when.
Click to expand...

I thought for sure all those turbo-4 Camaro buyers would have made up all the difference now that all the trims are available from GM. I guess those April fleet sales for Ford once again account for the margin.

here is a chart of the sales by the month, for the ~10m prior to Gen6 release and months following Gen6 release. The vertical red line marks the first month that volumes start showing up on the lot. Clearly the Mustang showed a much larger jump in sales, where the Camaro is slowly ramping up. 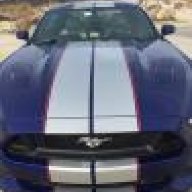 Soon we will hear about all the people waiting for the ZL1 to come in 2017 and yada yada yada. 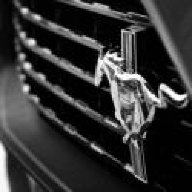 cbrookre said:
Still no number from Chevrolet, maybe they are hiding the numbers behind a cabinet somewhere, hoping that no-one will notice. :ford:
Click to expand...

Don't worry, they've got a primed list of excuses, they've been revised already.

Now that the turbo 4 is on the lots, the excuse will be that not ENOUGH of them are on the lots.

They'll say "there is just not enough advertising out there"

"The convertibles are just now getting out there"

They keep setting the goal post further and further out as to when a comparison will be "valid". First it was "The turbo 4 isn't on the lots yet, you can't compare them", then "the convertibles aren't on the lots yet"...etc etc. I'm sure the next will be "you can't compare the sales since the Ford has the GT350 and the Camaro doesn't have the ZXX cars, when they're out then we'll see"

The diehards just cannot accept the Camaro isn't selling as well. HotlapZL1 actually tried to claim that the "real" sales numbers were less than 7,000 because "40% of Ford sales are fleet numbers" because apparently they don't teach logic and critical thinking in his area, he applied a flat 40% of Mustang sales to fleet.

If the canaro highest month sale equal to the mustang lowest month sale that still be good enough to keep camaro around. Camaro share almost every parts in gm part bin. So the cost of R&D for camaro are very low. GM making a killing on camaro.

minjitta said:
If the canaro highest month sale equal to the mustang lowest month sale that still be good enough to keep camaro around. Camaro share almost every parts in gm part bin. So the cost of R&D for camaro are very low. GM making a killing on camaro.
Click to expand...

Maybe, but with every new trim that is introduced, they speak to how much content has been changed from the base and/or SS. Creating the ZL1 was more than dropping a LT4 into the existing chassis. R&D is still required on the Camaro.

Is the profit to GM per car greater on the Camaro than it is for Ford on the Mustang? Maybe, no, probably, but there is no doubt in my mind GM is still concerned with market share in the segment. You're naive if you think otherwise.

jasonstang said:
The 6G Camaro is such a flop.
Click to expand...

of course it is a flop.its a SCRAPMARO made by a Garbage Motor Company.:lol::cheers::ford:.watch what happens when FORD drops 475hp and the 10 speed auto on them!!:lol::lol:
Advertisement
You must log in or register to reply here.
Share:
Facebook Twitter Reddit WhatsApp Email Link