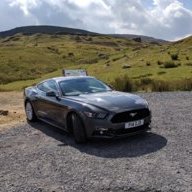 So it's time to say goodbye to my Mustang. Believe me this is a shock to me. 2 weeks ago nothing was further from my mind. I nearly had the springs/stance done last month. I've just put a set of PS4s's on. New exhaust and stripes earlier in the year. There were plans. Then bang.

A couple of weeks ago we moved to live in Scotland, a lovely little house on the side of loch. Its beautiful, idyllic even, however parking. When we viewed the house I don't remember the driveway being so steep. I thought the turn space was ample. While it probably is the number variables make it a nightmare. Parking the car has begun to feel like defusing a bomb with oven gloves on. There are so many bodywork hazards and I like my bodywork.

nearly took a wing mirror off (millimetres to spare) on a wall next to the house backing her in. I was so busy focusing on another hazard I missed it, lucky really.

First day here I took a wrong turn on to what I thought was my drive way to my new house, it wasn't!! I ended up having to do what felt like a 400 point turn to turn round, at one point I thought I was actually stuck. It was really quite stressful, fuck me it was narrow.

I can see "bodywork" bills in my future if I keep it. So it's time to down size and go for something more suited to where its parked and return to my hot hatch roots. The fully sensored, camered and performanced up 2019 Focus ST. Parked her up with no bother when I got home.

It's been a funny ownership experience one way and another. Not always a happy one. An accident claim here, a pigeon through the front grill there. It always had a tinge of "cursed" about it. But I've mostly, loved every minute.

As I say I never expected my Stang journey to end so abruptly, but there you go. It was always a conversation starter. So many people commented anytime she was parked in public, people really liked the car. It did what every great car should do, it made me happy and it seemed to make other people happy. I'll miss it but needs must

Thanks for the help along the way, it's been a great ride. Good luck to everyone. Cheers 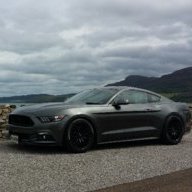 Sorry to hear you've had to sell but can understand - just back from a weekend in rural Perthshire. There are no prizes for making things hard on yourself and if the new ST is as good as the old one (and I'm sure its better) then it'll be a great replacement.
2016 Mustang GT Fastback Manual
Magnetic/Ebony Leather/Shaker Pro/NAV/Climate Seats/Parking Sensors

Sad to see this Gary, i know how much you adored that car...can’t say I blame you, i think i’d be doing the same in your shoes. No reason you can’t jump back in one in the future (pending driveway situation!) the focus ST looks like an incredible car, i’d certainly have one - i drove a 2019 st line and was one of the nicest cars i’ve ever driven, just really well made and thought out, the ST must be a blast

P.s. also thought you had crashed given the title! Glad you didn’t

@Kristian87 I haven't driven the ST very far yet and mostly it's been at a steady pace (not run in yet.) I allowed myself one hoon and she's certainly very quick and she handles beautifully. You can certainly feel that you are in a smaller car. The build quality is step up too, as it's built by Germans everything is very well screwed together.
Don't slam the doors!

Looks to be a beast
OP

I needed to be out of the Mustang asap. I might consider the RS next year. But for now the ST was the way to go.
Don't slam the doors!

Of course he does, they always pretend new cars are not coming so people don't hold out and instead, spend spend spend now! 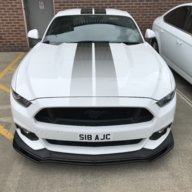 I’ve also been thinking of a move back to a Focus ST, borrowed the demo one from Work for the day a couple of weeks back and loved it, I’m a sucker for a hot hatch. Very keen on the new Fiesta ST performance edition too. Both much more agile than the mustang by a long way, obviously don’t have the wow factor to look at or that V8 soundtrack but both very quick cars. Oh and it would have to be orange for me Yeah it’s definitely not happening, ST is flagship sports model now with Fords full Focus on hybrid and electric vehicles from now on like most other big manufacturers.
2017 Oxford White GT
OP

@Adam83 from what I've driven so far it's a great car, not really push it yet, but the handling felt good on my new local roads on the way home last night looking forward to a run out at the weekend. It's great to be back in a manual as well. Adam83 said:
Yeah it’s definitely not happening, ST is flagship sports model now with Fords full Focus on hybrid and electric vehicles from now on like most other big manufacturers.
Click to expand...

Best colour out for a ford atm imo, apart from magnetic of course! Excellent choice 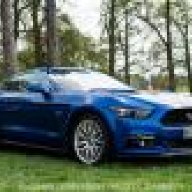 ford bosses: so boys how are we going to design the new ST.
ford designers: we're not, we're just going to turn the grill upside down, copy the front chubby cheeks from the RS and give it a mazda 3 rear end, it'll be revolutionary.
old ST: wtf have you done.
Advertisement
You must log in or register to reply here.
Share:
Facebook Twitter Reddit WhatsApp Email Link