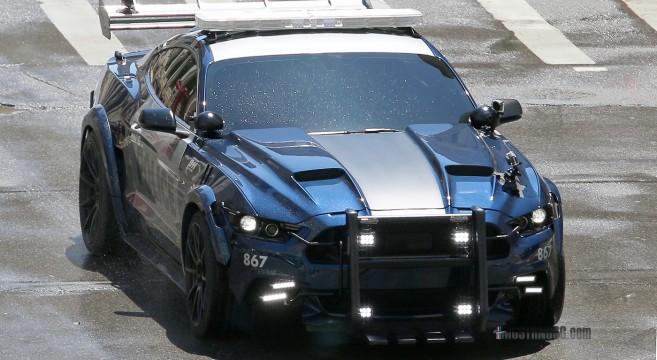 Transformers: The Last Knight is scheduled to be released next June but two of the movie’s star vehicles have just been spied on set.

The Ford Mustang that fills the role of the “Barricade” Decepticon for the fifth installment of the movie is a wide-bodied S550 with modified front and rear lights, push bar, exaggerated hood scoops, fenders and rear wing.

See the Transformers Barricade S550 Mustang (and its on and off-screen rival) in the forums.