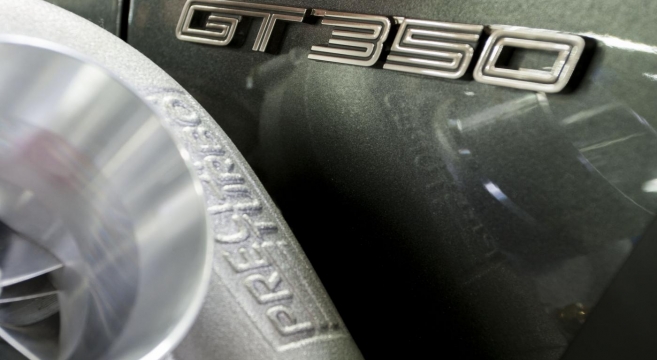 On a cold, rainy January day in 2016, Tony flew to Texas to pick up his brand-new Shelby GT350. He then proceeded to drive it all the way back home to Indiana!

Tony’s GT350 started life as a Tech Pack car and has transformed into a hybrid with the best of both worlds.  So far, Tony has added a custom transmission cooler, rear differential cooler, and custom oil cooler lines.

Also on the mod list are BMR suspension, Kooks Headers, Injector Dynamics 1000cc injectors and R package Brembo calipers. The car was previously tuned by Johnson Tuning at Fathouse Fabrications on E85 and made 525 RWHP. Tony decided that was not enough and that boost was in his future.

After much deliberation, he decided a custom low mount twin turbo kit would be best to keep extra stress off the crank compared to a supercharger setup while having an impressive power curve and being adjustable at the touch of the boost controller.