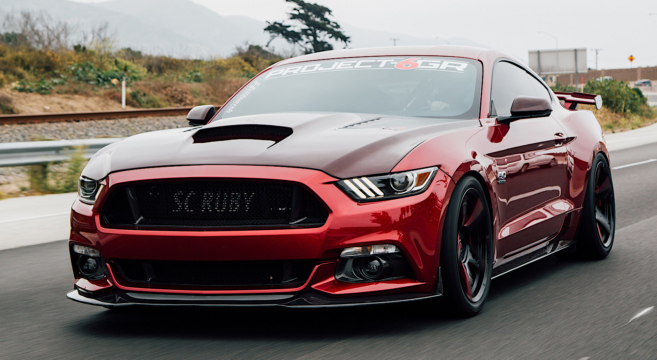 This Mustang of the Moment goes to Mustang6G member Dennis (SC Ruby) and his supercharged 2016 Mustang GT with a newly built supercharged 5.2-liter engine.

If you’re looking for inspiration on what is possible with the S550 platform, look no further than Dennis’s Mustang GT build journal.

We featured his Ruby Red 2016 Mustang GT with 2.9L Whipple supercharger last March and since that time he has  turned his already incredible Mustang GT into truly one of the most unique and inspiring builds that we’ve seen on the S550 platform, tapping Whipple once again — but this time to build a new 5.2-liter motor using the Ford Racing 5.2-liter block and Ford Racing Boss Coyote crankshaft which combine with the other engine modifications to be able to withstand 1,500-horsepower and 30-psi.

We’ll warn you now — the photos of the built engine and the sexy package it’s all wrapped in will have you very jealous, and likely to plan more parts purchases in the near future.