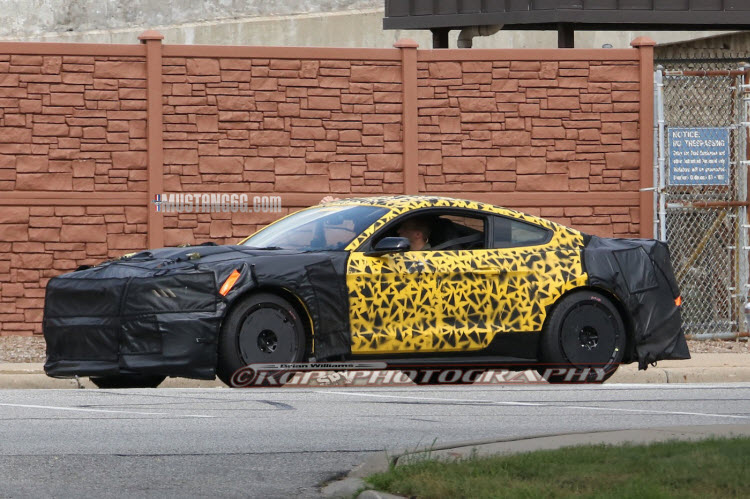 We have fresh photos of the next GT350 Mustang S550 from SVT. We see it testing in two leopard camo colors — orange and yellow — and inside it is sporting the Getrag 6-speed manual transmission spotted in earlier photos, as well as the 50 Years badge etched with Bill Ford’s signature — the same one found in the 50 Years Limited Edition 2015 Mustangs.

Of course, given what we know about prototype builds, take this with the appropriate grain of salt.
Full pictures and discussions in the FORUMS.
Pin It
Previous post:
Final Production 50 Year Limited Edition Mustang To Be Pace Car and Auctioned Next Post:
2015 Mustang Launch Brochure