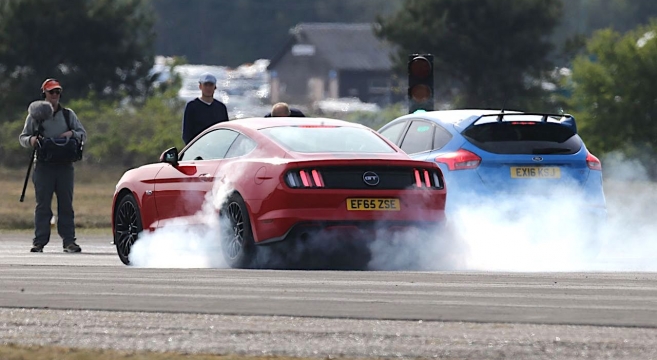 The Mustang love continued last week in episode six as Richard Hammond took a right hand drive Race Red S550 Mustang GT on a tour of London, passing the Houses of Parliament and the Cenotaph, among other sites. This of course, is the same one that Hammond was seen driving while taping this episode earlier this year.

The episode contained a surprise when Jeremy Clarkson turned up with a Ford Focus RS loudly claiming that it was the better vehicle.

Check out the video preview and episode trailer in the forums.