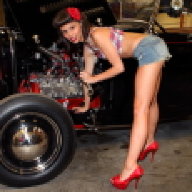 B4Sunrise said:
The actual Mustang is a poor choice for NASCAR because they run ovals and the speeds are so high a longer car is more aerodynamically efficient. They ought to let the GTLM GT run NASCAR, it'd be the return of Bill Elliot and the Thunderbird!

I disagree that Ford should also promote a racing vehicle from the Lincoln brand - Cadillac as been beating their head up against a wall forever doing it, without much success translating to sales. IMO it's assinine, the Corvette is GM's top performance vehicle letting the self centered dips shits at Cadillac try to change that is f'n stupid. For all the hoop-la of performance vehicles in truth the lower-end cars with base engines make up the bulk of sales. There is nothing to gain for Lincoln by having a racing car, on the other hand Ford is established in racing; bring on the GTD class Mustang! If BMW can run a 4 door sedan in GTLM, Ford can surely figure out how to make GTD worthy variant of a Mustang, which tend to be significantly slower than the GTLM cars. I am not even sure GTD cars are quicker than the GS cars, if so only marginally.

Either way Lincoln or Ford, they need a different vehicle for GT3 than the Mustang. It would be at a major disadvantage aerodynamically, as well as height and weight wise vs. all of the other makes. Maybe they can build a more reasonably priced GT, that normal people can afford or are even allowed to buy? Modify the Mustang chassis to make it lower and rip out the back seat, maybe make it a mid-engine, or leave it like the Aston with a V8 up front? But, we don't need a GT3 Mustang.


Advertisement
In my business, if it's less than Mach 1 it's Sub.
[sigpic] 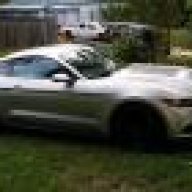 Zathras said:
NASCAR is so far removed from "stock car" racing that they really should just drop all pretense of running "Camrys" and "Mustangs" or whatever name the sponsor paints on the body shell. Those are purpose-built, near-spec-racing cars.
Click to expand...

Chevy went from the ss body to the camaro body, and with that change the cars have more detailed lines to make it look closer to stock cars! So when the mustang comes next year it will look pretty close to the front end of the mustang. Not as much as back in the day but still an improvement over the hideous fusion body. 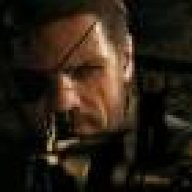 I would be a lot more interested in NASCAR if they made them use an engine based off what's in the car. 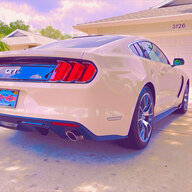 NASCAR will Never Die as long as it is Profitable. 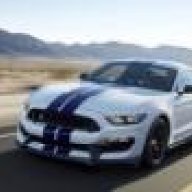 Sounds like you guys are way more up on this stuff than I am. My guess is that Nascar is suffering from some of the same issues that Golf is...capturing the heart and minds of current generation.
Last edited: Apr 18, 2018
Current and future stable:
68 Shelby Cobra GT500KR Convert
07 Shelby GT500 SuperSnake
16 Shelby Cobra Mustang GT350 (Tech)
64 SP MKIII Cobra w Roush 427R
2020 Shelby Cobra GT500 (#1 at dealer) 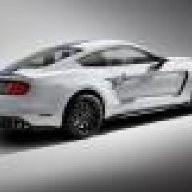 xDUMPWEEDx said:
If NASCAR actually used real production cars that were heavily modified, then 1 of my 2 requirements to watch would be fulfilled. The other being getting rid of half of the current oval tracks and replacing them with road courses. Having 30+ different oval tracks is fucking stupid.

sounds like you want to watch IMSA Continental Tire Series. They run Shelby GT350R's. That is the closest thing to real production cars as you can get. Plus they only race on road courses.

B4Sunrise said:
Move on to IMSA www.imsa.com; the gs series is what NASCAR was back in the 80's, except it doesn't run ovals. The sports car series is a bit different, the only cars being run that exist as production vehicles are the GT and the BMW. However I believe that series drove GM's decision to make the C8 a mid-engine car and to convert to the DOHC V8, I bet the production C8 Corvette will be a lot closer to the R version than the C7 is today. Not only that GM's push rod engines run too hot to last the required length of time for GS, so I expect GM to put a DOHC V8 in the next Z28 - as their current GT4 offering doesn't have a single entrant in GS and again the reason I heard is - the 6.2L runs too hot. In fact you actually can go and buy the Mustang GT4 running in the races yourself - granted they cost $250k and are closed circuit only vehicles, still it can be done. As far as NASCAR - stick a fork in it. IMSA is driving production car development fairly directly. I have no insider information from Ford however; what I do know is IMSA rules prohibit internal engine changes, therefore about all they can do to them is bolt on stuff. In IMSA the GS class is limited to 500 HP and what do you know the 5.0 in the 2018 Mustang you and I can buy is bumping right up against 500HP....
Click to expand...

Maybe I havent paid enough attention to the Continental series compared to the Weathertech series, but didnt Chevy introduce a Camaro GT4 last year, and win some races? Are they not racing this year? I havent even seen how many Mustang GT4's are racing this year I guess. 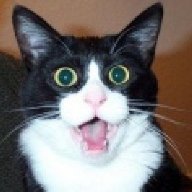 SUPRDUDE7 said:
sounds like you want to watch IMSA Continental Tire Series. They run Shelby GT350R's. That is the closest thing to real production cars as you can get. Plus they only race on road courses.
Click to expand...

Maybe. Even going back to 80's NASCAR would be a step in the right direction.

Anyone remember Riverside? This shit looks fun to watch, unlike NASCAR of today. Catching a bit of dirt, sliding around turns... this is what racing should be.
[ame]
FP Borla Touring Catback | FP Power Pack 2 | Steeda Jacking Rails :lol: 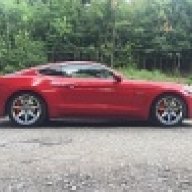 If 1/3 of sales came from exports then learn the bloody lesson and make sure the gt350 and gt500 are designed from the start for all markets!
Race Red GT Manual
Build 13/10/16
ARH exhaust, BMR suspension, AED tune, gt350 IM 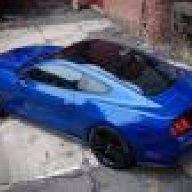 Good on the Mustang for the sales. Classic case of car makers underestimating, or just plain getting wrong, what the customer wants and will buy. Some said "the rest of the world wont buy a pony car", or it would "only be a 1 or 2 year interest in the Mustang as a novelty". Now 3 years in and its still selling well.

Embarrassed to say I had no idea what the "Monster Energy Cup" was, I had to look it up to see which level it was in NASCAR. I used to follow NASCAR religiously in the Winston Cup and Busch Series days, almost never missed a race. I followed some Spring Cup but lost interest with COT and some other decisions they made. Now I have no idea who the title sponsor of each series is.
Last edited: Apr 18, 2018

Myfirst4 said:
Good on the Mustang for the sales. Classic case of car makers underestimating, or just plain getting wrong, what the customer wants and will buy. Some said "the rest of the world wont buy a pony car", or it would "only be a 1 or 2 year interest in the Mustang as a novelty". Now 3 years in and its still selling well.
Click to expand... 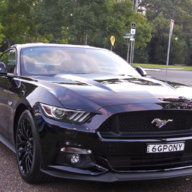 as mentioned by another member in a previous comment, Ford should build on this success and export the GT350 and upcoming GT500 to the same overseas markets the S550 is doing so well in.
Click to expand...

Bit disappointing not to see Australia mentioned as 2017 sales here were 9165 which is well above the Chinese sales.

Mustang has also been confirmed to compete in our "Supercars" motor racing competition in 2019. This has evolved from Touring Car racing in the 80's & 90's.

It's happy days over here now for Ford fans with Mustang to race from next year. Just the announcement alone has generated huge interest. Even though it's a body over a control chassis, Mustang will be the only car competing with any semblance to a road going car (Mustang Fastback 5.0) that can be bought at a dealer.
Advertisement
You must log in or register to reply here.
Share:
Facebook Twitter Reddit WhatsApp Email Link