I may have really messed things up in getting a new car, at least in the short term. I have been making my Mustang payments mostly on time for the 3.5 years I've had the loan (72 month 0% term). I have been a day or two late at times, but there is a 10 day grace period and I was a couple weeks late once. Anyway last month I logged into the ford credit site to make a payment and I swore it said no payment was due. I thought well, I had been paying a little extra some months so I thought maybe I paid enough extra that the min. went to zero. I had the money to pay it, but thought with the current virus conditions, it would be better to save the money just in case. Well I didn't open my next bill until a day before it was due and to my surprise it said I owed for two months plus a late fee! I called them to check and sure enough, they are counting it as a missed payment. I have the money and went ahead a paid, but what has me worried is if they will report it to the credit bureau. They did remove the late fee since it was the first time in over 2 years, but they can't say for sure if it will get reported. It was right at 30 days too. I just wish I had opened my bill a day earlier, but never had an idea anything was wrong. They said if it does end up going to the CB, I can send a letter to them to dispute it and give an explanation. I just hope it doesn't effect my credit rating as I was right around the 750 mark to get a good rate and was hoping to qualify for 0% although still not sure which car I'm going for. 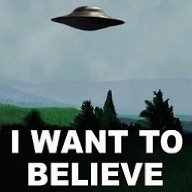 That Sux !..It will most likely be reported as 30 day late. You can disputed it. Like with any loan, payment is due every month even if there is $0 due. Unless the creditor has arranged for you to skip it. 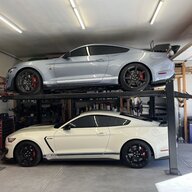 The bureau’s won’t recognize under 30 days. If it pop’s up, I’d be watching closely, dispute it right away. Being right on that 30 day cusp you have a pretty good shot of disputing and getting it to stay off. The rates are so low currently the rebates may be a better choice any way.
OP
OP

I don't know what will happen. It was actually right at 30 days as I tried to pay it the day before and it wouldn't let me as it was after the cut off. You are right, I don't think it matters what your credit rating is for rebates, but the finance rate could go up for a lower credit score. If that is the case, I will probably just wait awhile and pay my loan down more. No big hurry I guess, except for the fact things are starting to need replaced and the warranty ran out.

You could ask them to count as payment deferral instead of late. They’re deferring up to two months of payment for Ford Credit customers during this period.
'16 Mustang GT Silver - PP - M6
Steeda CAI - Pypes H-Bomb catback - SVE R325's

Damn, they evidently reported it right away and my score dropped 60 points to 685! I can't remember it ever being that low, but I'm sure it was when I had my bk 9 years ago. Whats worse is it says it can stay on there for up to 7 years. The kicker is I had plenty of money, I just thought no payment was due. In hindsight, I guess I should have called them to make sure or checked it a couple weeks out, but now I may be SOL at least for awhile. According to credit wise, 6 months of on time payments should get it back up to about where it was considering I have a very good history of paying on time. It couldn't of happened at a worse time though as I was planning on buying a new car in a month or two when the limited edition 50th anniversary Challenger scat packs come out in the color I wanted (assuming I can find one close with a decent discount). I was thinking of looking into getting a new house too as there are too many repairs needed and not worth the cost of my inexpensive house. I've been here 20 years and pay 5.7% and don't have a garage and really wanted one for my new car. IDK, maybe in 3 months or so I could get it over 700 and be in the "good" range at least so that rates won't be outrageous. I could then refinance later when my credit rises more. But then again I guess I can kiss the 0% rate goodby unless I keep my current car another year or two. Its just things are starting to wear out on it and has me worried and I want to unload it while I still have some good positive equity, which I have never had in a car before.
OP
OP

Shifting_Gears said:
You could ask them to count as payment deferral instead of late. They’re deferring up to two months of payment for Ford Credit customers during this period.
Click to expand...

Do you think that would work? I'm thinking its too late as its already been posted to the credit bureau. I'm also not sure if its worth it to try a dispute? They said to send a letter explaining the situation and if I put down what really happened from my point of view, I'm not sure that it would work. Has anybody else ever tried it? I'm not sure what to say either besides pretty much what I put down here (edited somewhat for grammar of course) and I wonder if it would be worth it to put down I was planning on getting another Mustang within the next month or two before, but not now if this stands? Or should I say something like I was affected by the pandemic and couldn't pay even though I had already told them something different on the phone? IDK, if nothing else this may push me over the edge to go with my original intention of switching brands and going with the Challenger or Camaro. I don't know if Chevy or Dodge is any better with customer service and are any more lenient with a good customer that makes one mistake. Of course I don't plan on it ever happening again, but still. BTW, after some quick searching, it looks like I still may be able to get very high 3% financing from Dodge at 72 months, but not sure how much such a recent late would affect it if at all or do they just look at your score? But on the negative, that specific place I inquired with decent financing showed my trade in value lower than I expected. It was saying around 19k and I wanted at least in the low 20's. KBB has it around 23k, although I know they can be a bit high at times. I'm thinking if I got the minor issues and a good cleaning, it should get a decent trade in value as I keep my vehicles pretty clean and don't abuse them.

Unfortunately now that it’s reported to the credit bureau you’re going to have to go through the appeal process. As part of their investigation, they will likely send an inquiry to Ford asking for a response.

I would still contact Ford and bring up the deferred payment and see if there’s anything they can do/change on their end, notate the situation, etc so if/when the credit bureau inquiry comes through maybe it would work in your favor. I wouldn’t bank on it, but it’s pretty much your shot at this point I would think.

You’re appealing through the credit bureau, they won’t care about you buying or not buying a future vehicle. Just be factual and send your appeal after you contact Ford and see if they’re able to assist in any way, that way you know which angle to come from.

Trade in value has taken a hard hit. You’re not going to get what you want for trade in. Dealers are having enough trouble moving new cars with ridiculously good incentives and financing rates. There’s no incentive for them to take a used vehicle in at a high trade in value when it’s just going to sit.

So it does sound like I may be out of luck. Kind of a double whammy with the interest rates and trade in value. I'm thinking it may be best to just leave it alone as I most likely don't have much of a shot of them removing it and just make sure I pay on time and try to pay extra the next several months since I still have the 0% interest. There is always OT at my job too, but I really hate to sign up as its a very stressful job and don't want to catch the virus since I work on the front lines in a nursing home. We haven't been hit yet, but I bet it coming sooner or later.
OP
OP

This is crazy, I double checked that my recent payment for 2 months went through to at least get my account up to date and no record of my payment yet! No idea what happened so I scheduled another payment today. If this one does not go through, I will have to call them again and pay the fee to pay it over the phone. Customer service is not very helpful and I could not even understand everything he was saying.
You must log in or register to reply here.
Share:
Facebook Twitter Reddit WhatsApp Email Link