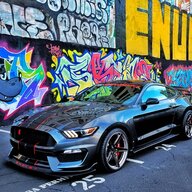 ameapm2000 said:
You did not get pulled over for modified exhaust?
Click to expand...

Does that happen? I've never been pulled over for a modified exhaust and almost all my cars have had them. *Knocks on wood

Drafty said:
Does that happen? I've never been pulled over for a modified exhaust and almost all my cars have had them. *Knocks on wood
Click to expand...

well you know california and the loud exhaust tickets. 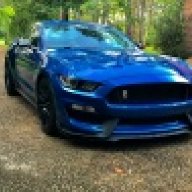 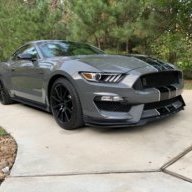 I have the Corsa Double Helix on mine and it sounds awesome! There are several Youtube videos and they sound the same as my car.

KevinO. said:
Please let me know what you think after after you get it installed.

Got it installed and here are my thoughts: Initially was not impressed. The sound was a bit muffled and seem compressed. I started having some regrets and considered going back to stock. However after a few more drives esp on the freeway I noticed a very suttle but different type of attractive sound. The first thought that came into my mind, was "renegade." I know it doesn't really explain much. But... it's a bads$$ sound. I love it. It also doesn't seem to go dead silent into 6th as long as you're giving it some throttle, and there is no drone observed.

One negative is that it doesn't come with the heat shields that the stock comes with, even though Borla recommends you have them. There's a removable one on the stock that I transferred over but the two shields closest to the mufflers are tack welded on. I ended up ordering separate ones to put on the Borlas and strapped them in with metal zip ties.

Pretty happy with the purchase overall. 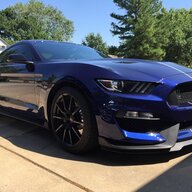 KevinO. said:
Hello, I'm curious if anyone here has installed the Corsa double helix x pipe? And if so, did it really make that much of a difference ?? Or should I just go with a complete exhaust system? If I do that it will be between either Corsa or Borla Atak.
Thanks, Kevin
Click to expand...

I have the Corsa double. No drone. It pops and crackles on decel as well as a nice “pop” when upshifting at higher revs. The sound this thing now makes at 8k is incredible. At highway speed in 6th is still quiet, as it is at all speeds when switched to “normal” mode. Could not be more pleased.
Advertisement
You must log in or register to reply here.
Share:
Facebook Twitter Reddit WhatsApp Email Link