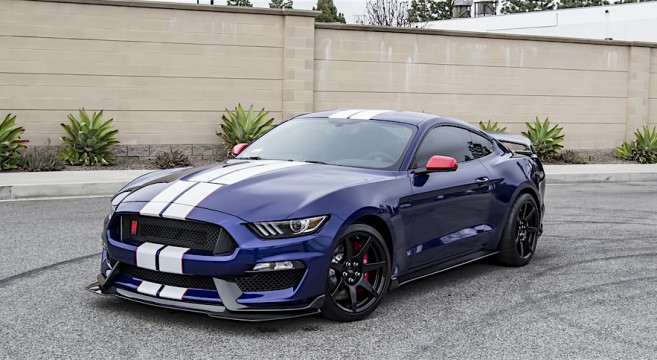 This Shelby GT350R with Carbon2Carbon pieces was first seen in GT350R customized by the folks at GMG Racing in California.

Shown in Deep Impact Blue with white over-the-top stripes, red side mirrors and a healthy dose of carbon fiber goodies including an 11-piece GT350R package from Carbon2Carbon, a new company that has also contributed carbon fiber exterior accents to another custom 2016 Shelby GT350R auctioned late last year at the Cattle Baron’s Ball.

C2C will be releasing details of its 11-piece GT350R package soon, along with more info on its Spec R Track Pack Wing which will also fit the standard S550 Mustang GT.

For now, check out these previews of this custom Shelby GT350R with Carbon2Carbon parts.