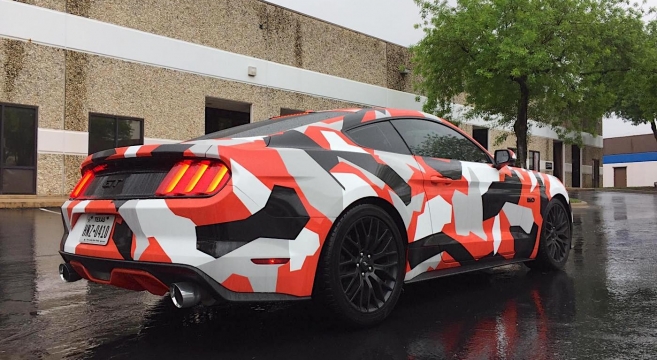 Camouflage is usually meant to conceal a vehicle but when it’s done for show it can be flashy and attention grabbing, as one Mustang6G member shows us.

User venomsnake21 had his 2015 Mustang GT receive a treatment of black, white and gray snow camo vinyl wrap applied over the Competition Orange paint — giving his S550 an eye catching camouflaged look that is anything but inconspicuous.

You can see his camo-wrapped 2015 Mustang GT on display in these photos on our forums.