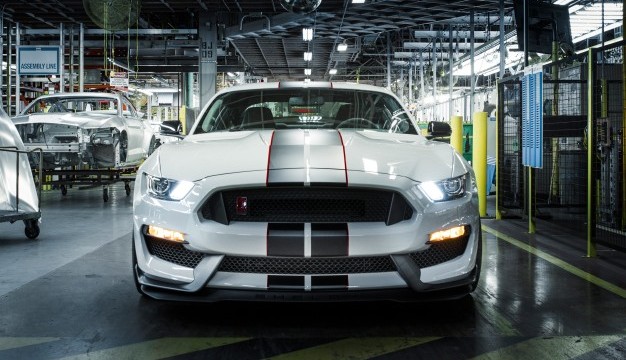 Ford Motor Company has issued a bulletin to its dealerships informing that production of the latest Shelby GT350 Mustang will continue for the 2017 model year.

Estimated production numbers for the 2015-2016 GT350 have been all over the map since official numbers have not been released, but there are vague indications that dealers have been told an estimated 3,600 GT350 Mustangs will have been built for the first two model years.

Unsurprising perhaps, considering only 137 GT350s (37 of which were R-spec) were built for the 2015 model year and production of the 2016 GT350 has seen a few delays.  However, with over four months before the 2016 model year job last date (June 1), we may find that Ford gets closer still to the approximately 5,000 GT350 vehicles many had expected through the 2016 model year.

There are also other unanswered questions that remain to be seen including whether any of the new 2017 Mustang colors will be offered on the 2017 Shelby GT350.

One thing seems certain however — Ford will be looking to smooth out some of the production and QA issues for the next model year.

See the forum discussions and look for a news release late next week.