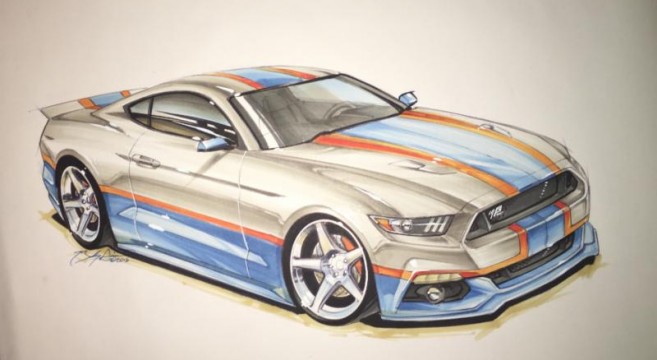 Ford Motor Company and Petty’s Garage have announced an exclusive 500 limited “King Edition” 2017 Mustang GT models which include 43 vehicles with a special silver scheme to commemorate “The King” Richard Petty and his 80th birthday next month.

Petty’s Garage will also be the exclusive builder of four unique Mustangs including a naturally-aspirated non-supercharged model starting at $35,000 MSRP and a new 2017 King EcoBoost model which features the Petty’s Garage signature center exhaust system and race spoiler.

“We couldn’t be more excited to continue our relationship with Ford Motor Company and announce our builds of the 2017 Mustang,” said Russ Stellfox, Chief Executive Officer, Petty’s Garage.

“These vehicles will carry a special meaning with a scheme that will honor Richard Petty and his 80th birthday in 2017. The silver design is the same as the 25th anniversary scheme that the famous No. 43 raced in 1996. We’re honored to offer this to our fans and customers and believe that these machines will be in high demand.”

Read the full details about all of the Petty’s Garage 2017 Mustang limited edition models.