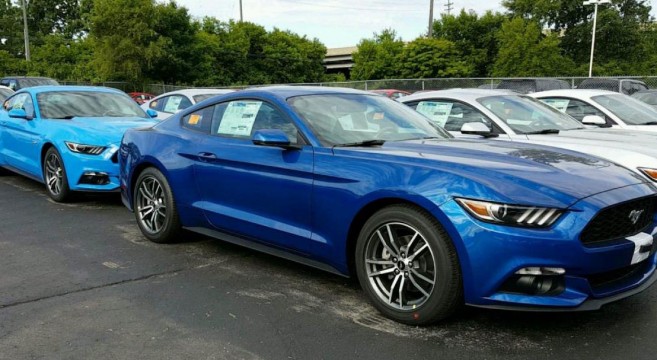 The 2017 Mustang has made landfall and although there are only a few minor changes for this model year, three new paint choices are available now that have many buyers placing orders.

As seen in photos released by Roush Performance, the production 2017 Mustangs in new colors Lightning Blue, Grabber Blue and Platinum White Metallic have begun to arrive at dealerships across the country, as shown by one M6G member.

See the first photos of the production 2017 Mustang in new colors on dealership lots.