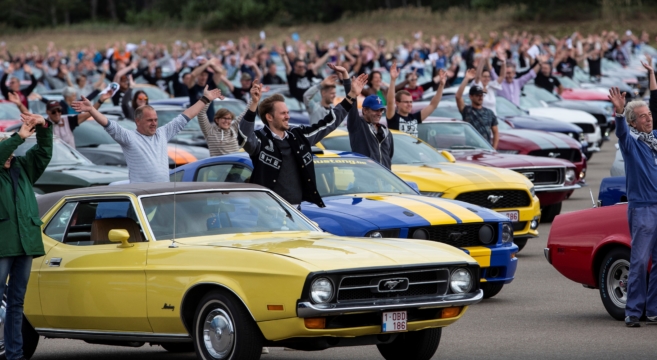 Examples from every generation of Mustang gathered on Ford’s Lommel Proving Ground in Belgium on September 7, to help set a new world record for the largest number of Mustangs gathered in one place.
Ford smashed its own record of 960 vehicles, set in Toluca, Mexico on December 3, 2017, with 1,326 Mustangs from all over Europe making the pilgrimage to the Ford testing facility in Belgium. Watch a video of the day here.