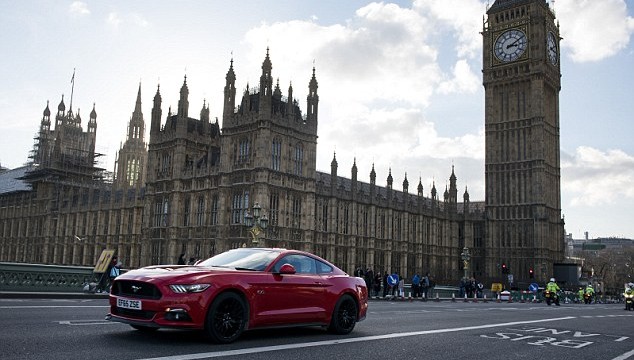 Former Top Gear host Richard Hammond was caught filming an episode of the upcoming Amazon Prime show he will be co-hosting with Jeremy Clarkson and James May, while cruising around in a 2016 Mustang GT.

Hammond was all smiles while being escorted by a police motorbike through London last week with the right-hand drive S550 roaring its way through Westminster and past the iconic Houses of Parliament.  The British journalist and presenter’s well-known love of the Ford Mustang was on full display as he flashed a thumbs up to on-lookers.

See the PHOTOS in the forums.