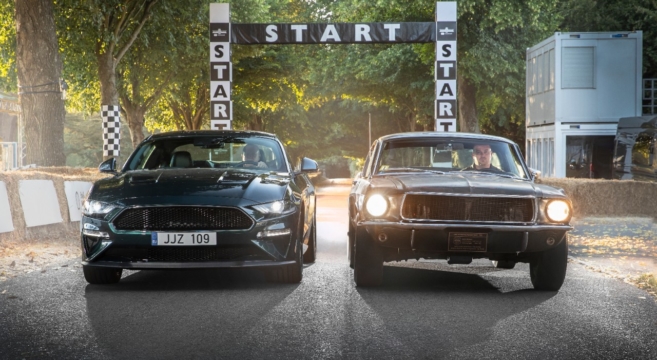 The 2019 Mustang Bullitt will be featured at the Goodwood Festival of Speed alongside the long lost-but-found 1968 “Bullitt” original movie car, and Ford has put together a video to tease this awesome pairing.

The 1968 Ford Mustang GT driven by Steve McQueen in Warner Bros. Pictures’ classic film “Bullitt” – and lost to history until the beginning of this year – makes its first appearance outside of the U.S. at the 2018 Goodwood Festival of Speed.

The car that starred in the film’s legendary 10-minute chase sequence – setting the standard for every movie car chase to follow – features on the 1.16-mile Goodwood Hillclimb course accompanied by owner Sean Kiernan and alongside the new special edition Ford Mustang Bullitt that celebrates the 50th anniversary of the classic film.

These two legendary vehicles will be shown in addition to the one-off 700 horsepower Eagle Squadron Mustang GT that will be piloted by Vaughn Gittin Jr. and auctioned off later this month.