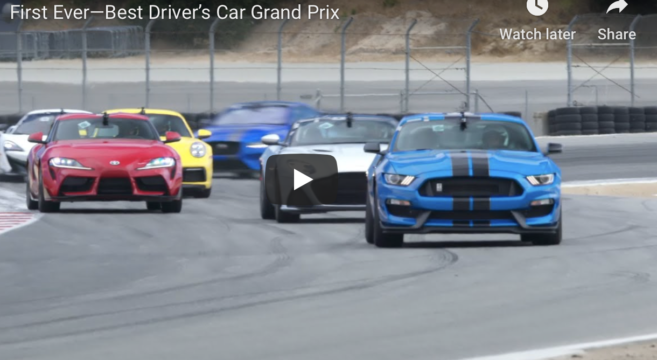 Watch the competition video, as well as a video featuring a road course race among all the contestants.