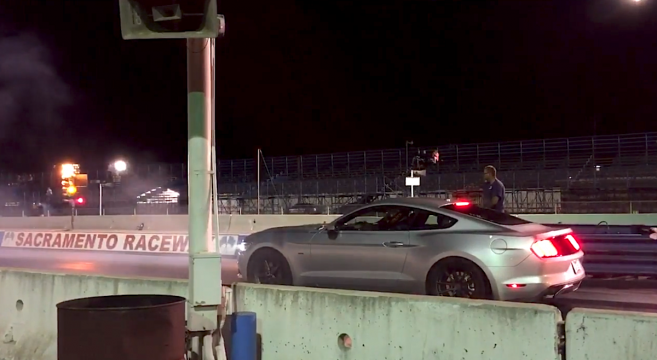 Vargas Turbocharger Technologies offers a two-stage turbocharger upgrade for the 2015+ Mustang EcoBoost with its Stage 2 turbo upgrade offering a new turbocharger built from the ground up with 100% new parts.

This 550 WHP upgrade was put to the test on the drag strip recently at the Sacramento Raceway, where M6G member perfweld and his VTT Stage 2 equipped 2015 Mustang EcoBoost made a 10.99 @ 125 MPH pass, joining exclusive company among some of the fastest EcoBoost Mustangs on the planet.

This tremendous time was put forth by a vehicle with an upgraded torque converter, Lund Racing tune, and an otherwise completely stock engine.