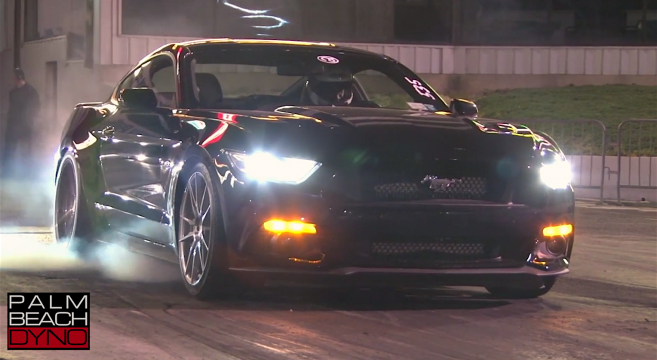 Speed By Design recently got to test its twin turbo V8 kit on a customer’s 2015 Mustang GT owned by Gavin Stewart, who provided SBD with daily driver feedback and data and in return has an S550 Mustang that is capable of producing 981 horsepower to the wheels and low 10-second quarter-mile runs right out the gate.

The SBD twin  turbo kit with PTE6466 turbos was installed on Gavin’s premium packaged Mustang GT with 100% factory engine and transmission. The entire package which included leather heated and cooled seats and 3.55 rear gears weighed in at 4,050 pounds with the owner in the driver’s seat.

After backing it down to 13 PSI of boost, Gavin’s Mustang GT hit the drag strip. Carrying full weight and riding on 20-inch wheels, he still managed a 10.21 @ 145 MPH pass at Old Bridge Township Raceway Park in Englishtown, New Jersey.

Check out Speed By Design’s Twin Turbo S550 dyno graphs and video of the run.