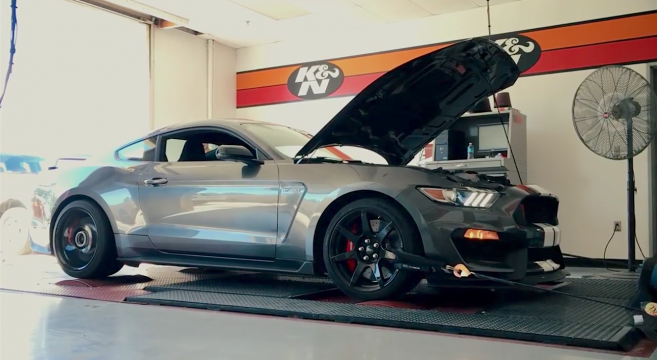 After Motor Trend strapped the 2016 Shelby GT350 to a chassis dyno, you knew we were mere days away from finding out some performance numbers, and here we have them — and not just for the standard GT350, but also for its more potent R variant.

Motor Trend notes that the GT350R’s carbon fiber wheels and more aggressive rubber (i.e. better grip) accounted for differences in both the quarter mile testing and the 6-horsepower difference it saw between the two models on its chassis dyno pulls.

Have a look at their full review, impressions and dyno chart comparison.