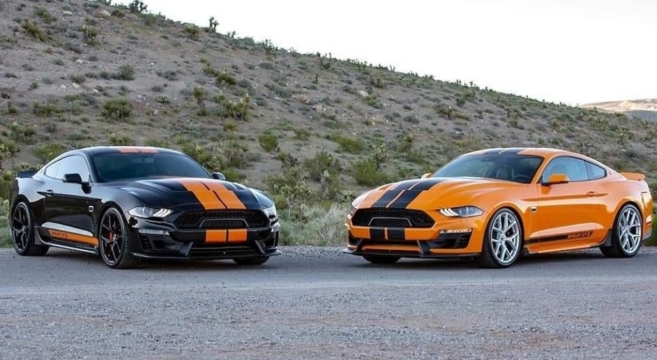 Shelby American has been commissioned to build a group of supercharged 2019 Shelby GT’s for SIXT Rent A Car. The 600+ horsepower “Shelby GT-S” announced today in Southern California is the first supercharged V8 powered Shelby rental car offered by a national chain in history.

The fleet of Shelby GT-S Mustangs will be painted in SIXT’s orange and black colors, with the first 20 cars to be available for rent at select Southern California, Southern Florida and Las Vegas locations. The Shelby GT-S sports cars will be built by Shelby American at its Las Vegas facility for rental in the summer of 2019. Each rental fastback will be powered by a supercharged 5.0L V8 and 10 speed automatic transmission. Shelby tailored the suspension to maximize the car’s capabilities without sacrificing ride quality. The Brembo brakes have impressive stopping power to match the Shelby’s amazing power. The exterior features proprietary bodywork, SIXT badges and stylish wheels, while Shelby touches can be found throughout the interior. Many of the components were developed specifically for SIXT’s Shelby GT-S program.

Every Shelby GT-S will receive a Shelby serial number and be included in the official Shelby Registry.  Read on inside for more photos and specs.