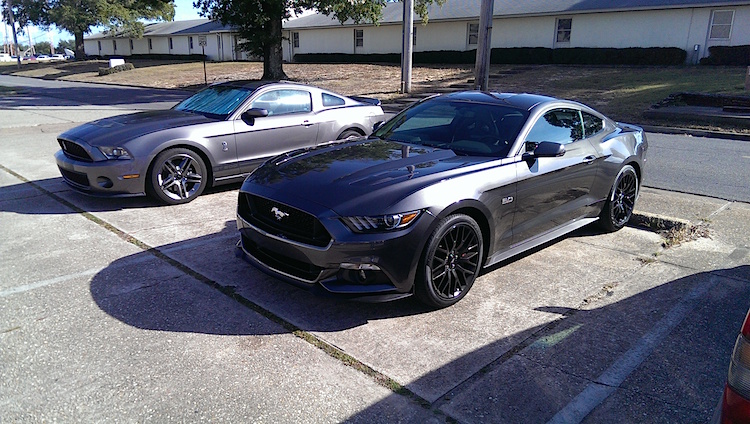 As is the case, the best feedback about a new platform vehicle usually comes from an owner of the outgoing generation.

He recently did a photo shoot of both Mustangs as well as his driving impressions after the first 100 miles.

As he reports:  “Aside from torque and HP, which the Shelby had in spades, this car beats my ’14 GT500 like a rented mule. I am actually shocked that the driving experience is so much better. Nicer interior (much nicer, really), better steering and handling, better ride quality, better FEEL when driving.

I bought the car mostly for the nicer interior. I had hoped that the IRS and suspension improvements would make a nice difference, but I honestly didn’t expect to see all that much of an improvement. I was wrong. This car handles and drives like a dream. Very confidence inspiring. No more rear end jumping around when hitting a bump or on a rough road when cornering. It is smooth and under control all the time. Maybe I’m just in the honeymoon period right now, but this is a very well put together car and is a HUGE step forward from the previous model.”

Check out his PHOTOS and REVIEW in the forums.