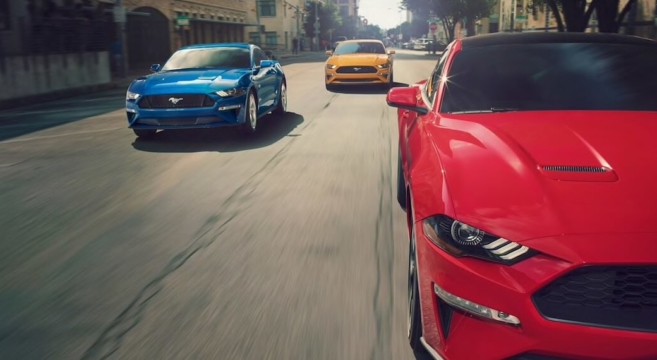 A new report and discovery from a recent NHTSA VIN filing made by Ford reveals the company’s plans to once again offer three engine options for the 2020 Mustang when it begins production later this year.

The NHTSA filing lists not one, but two 2.3-liter I-4 engines — the first of which is the 310-horsepower EcoBoost serving duty as the current base Mustang engine. The second 2.3-liter EcoBoost shows the horsepower as to-be-determined, although sources of Hagerty claim this will be a new, high-powered 2.3-liter engine.

The publication goes on to speculate that the new engine could even produce as much as 350-horsepower like that in the Focus RS. Given the amount of shared engine components, this seems plausible.

This would mark the return of the 3-engine lineup for the Mustang, after Ford stopped offering the 3.7-liter V6 as the base engine starting with the 2018 model year.

When prodded for more information, a Ford spokesman did not confirm or deny the report but said the company “is always elevating Mustang and will share more exciting news this spring.”

Check out this report about an upcoming new, more powerful 2.3L EcoBoost engine for the 2020 Mustang.