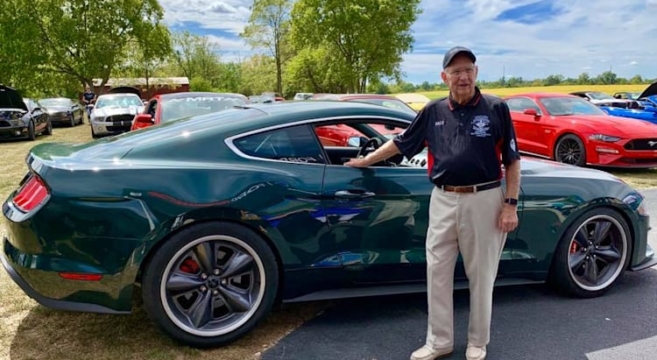 Gale Halderman, who styled the first original Mustang design, has passed away at the age of 87. Halderman spent the entirety of his roughly 40-year career at Ford, having been hired on initially in the Lincoln-Mercury studio but quickly transferred to Ford’s production studio. It was there, during a design competition for a new 2+2 sports car, that he came up with the sketch, reportedly drawn as one of several at home on his porch, that became the legendary Mustang.

Read more about his life and career inside.

Pin It
Previous post:
Comparing the Steering Knuckles of GT350, Updated GT350R and GT500 Next Post:
Chris Stevens Discusses How He Became the 2020 GT500’s Exterior Designer