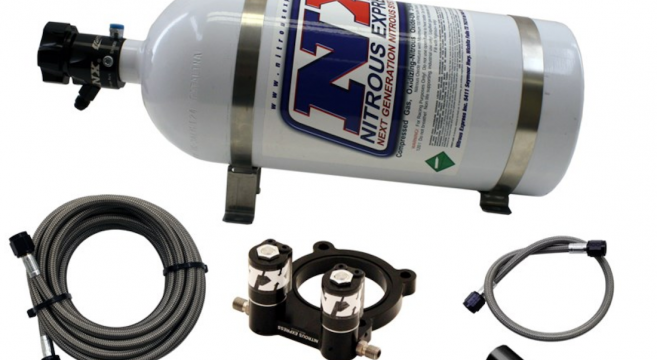 As they noted, the feat was accomplished in part due to the help of a small nitrous shot using the Nitrous Express system.

For EcoBoost owners looking to give their vehicles a shot in the arm during races, the Nitrous Express 4 Cylinder Ford EcoBoost Plate System features spraybarless technology for the ultimate in atomization and distribution.

The billet plate bolts between the throttle body and intake making installation quick and easy and the solenoids are integrated into the plate for a super clean look.