If the rumors, window sticker or spy photos haven’t been enough to make you see beyond Ford’s game of subterfuge with respect to the next 2019 Bullitt Mustang, then perhaps this very telling Barrett-Jackson auction description will do it.

Discovered by our ever vigilant members, Lot #3006 of the upcoming Barrett-Jackson Scottsdale auction on January 19, 2018, will be an auction for a “special new Ford Mustang to be sold with 100% of the hammer price benefiting Boys Republic.” 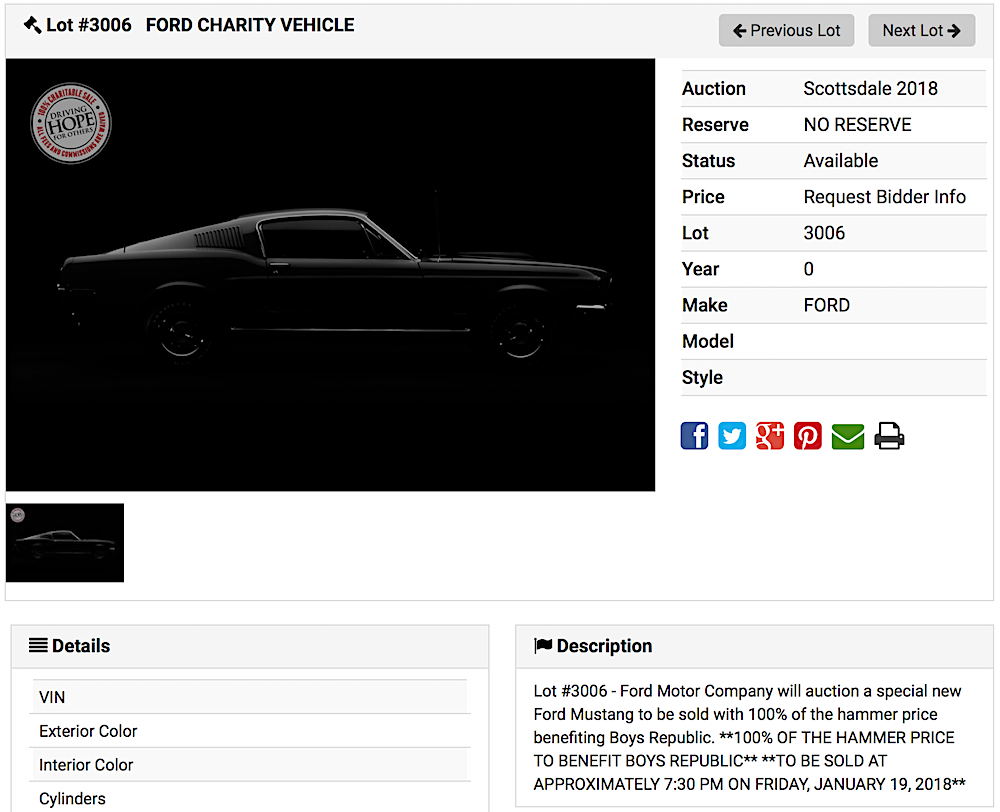 Boys Republic is a private, all-boys school for troubled adolescents located in Chino Hills, California. But more importantly for our purposes, one of their alumnus is none other than Steve McQueen of Bullitt fame who attended the school as a 16-year old, graduated in 1946 and served as an honorary chairman in 1966 and 1975. To commemorate this fact, Boys Republic hosts the annual Friends of Steve McQueen Car Show at their Chino Hills campus which draws thousands of spectators each summer in an effort to raise money for the school.

This news virtually guarantees that Ford will be unveiling the 2018 Bullitt Mustang next week, likely as a 50th anniversary edition tribute to the vehicle and movie which debuted in October 1968, either at the Detroit Auto Show on January 14, or possibly at a separate event the day before the show.

Be sure to check back here for all the latest breaking news and full coverage of the 2019 Bullitt Mustang reveal and charity auction in the coming weeks!

**Featured image is not official, for illustrative purposes only**