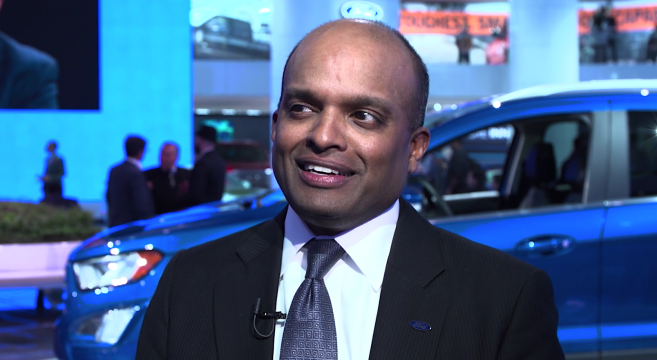 One of the early year surprises Ford dropped on the automotive world is that the company would build a Hybrid Mustang in 2020, which we know will be just in time for the next-generation S650 Mustang platform changeover.

Ford did not specify which powertrain would receive the hybrid technology or provide any details other than assurance that the new engine would “deliver V8 power and even more low-end torque.”

The 2017 North America International Auto Show opened to the media this week and it provided the industry the first opportunity to interrogate the Ford brass about all the new developments it announced in the new year.

CNET Roadshow’s Emme Hall had a chance to interview Ford Chief Technical Officer, Raj Nair, and managed to tease out a few details about the future Hybrid Mustang.

When asked whether the Mustang Hybrid would be more akin to the Porsche 918 rather than the Toyota Prius, Raj answered:

“That’s exactly right. We’re talking using electrification to give our consumers more and in the Mustang it’s all about performance. So we’re talking about V8-like performance and at the low-end even more torque available with the electric motors. So it’s going to be a very, very fun hybrid to drive.”

Even more telling, Mr. Nair told CNET that the hybrid would not feature an all-electric launch, but would still make great torque at very low RPM– “so you couple that with an EcoBoost type engine and you have a great combination.”

There you have it. Expect to see a turbo EcoBoost V6 hybrid engine for the Mustang Hybrid which will be oodles of fun to drive — we hope.

See the full interview and Raj Nair’s comments to CNET regarding the 2020-2021 Hybrid Mustang.