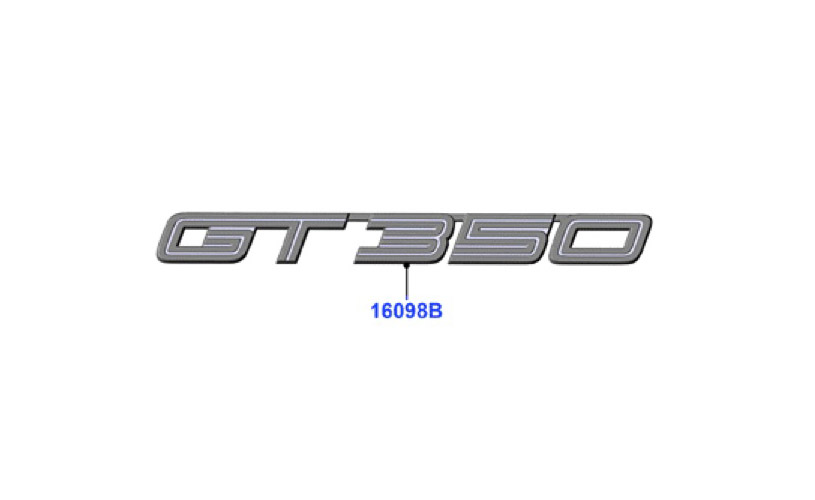 We’ve known for quite some time that the high-performance SVT model for the new 2015 Mustang S550 generation would be called the GT350.  Heck, we’ve even seen it appear in Ford’s online promo order system.

But now we get a look at the actual GT350 badging which will appear on the cars.  The GT350 badge appears on this info sheet along with other badges you’ll see on other models, including the 5.0 badge which will appear on the GT model.  Both the GT350 and 5.0 badge are designated with a “16098” code, which is typically Ford’s code for fender emblems.  Another thing to note is that the GT350 badge is written in the “Shelby” style font.

So there you have it — we now have visual confirmation of the GT350 nameplate, as well as its future placement on the fenders.  Thanks to the tipsters who sent this in.

Check out our other GT350 news and coverage HERE.