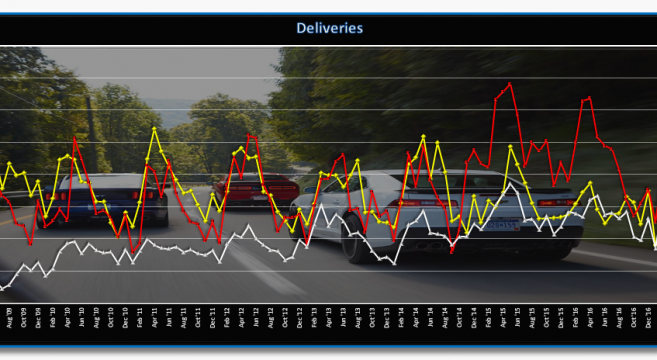 Even as car sales are down across the industry Ford Mustangs continue to sell in significant numbers.

Ford sold 9,120 Mustangs last month, and though this figure is a 27-percent drop from March 2016, it is clear that news of the 2018 Mustang has not stopped many buyers from swooping up the S550 Mustang before its refresh.

The sales figures are particularly impressive when compared to its competitors, with the Mustang owning a 42-percent share of the pony car market so far this year with 22,464 vehicles sold year-to-date.

See all of the March 2017 Mustang sales graphs and see how it stacked up to its competition.