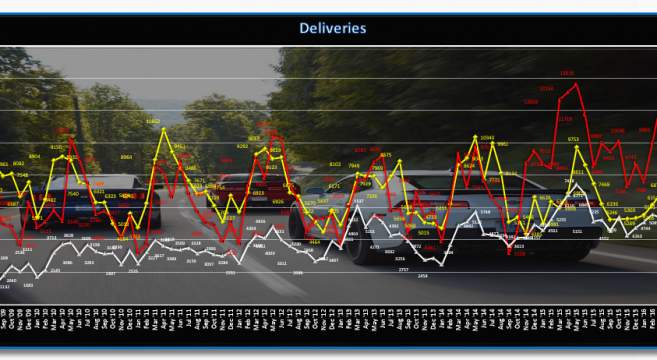 Ford Motor Company has just reported on its July 2016 sales and the S550 Mustang has remained steady despite a mid-cycle refresh around the corner.

In fact, Mustang sales are up 13% over the same time last year with 9,565 vehicles sold last month. With little more than half the year behind us, Ford has sold 72,530 Mustangs year-to-date.

See how the July 2016 Mustang sales compared to the competition in the forums.