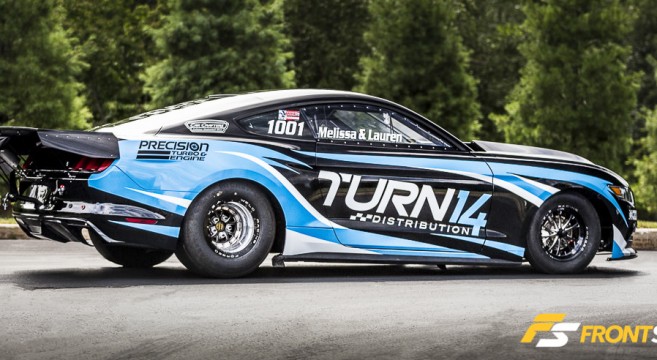 Unveiled by Turn 14 Distribution at its Pennsylvania headquarters last week, the S550 was purchased from Copart as a total before being stripped down by Team Hellion to be delivered to Behind Bars Race Cars for a 25.3 chassis to be built.

This was only the first step in a long road towards the goal of building a race car to compete at the NMRA/NMCA Super Bowl of Street Legal Drag Racing in Joliet, Illinois.