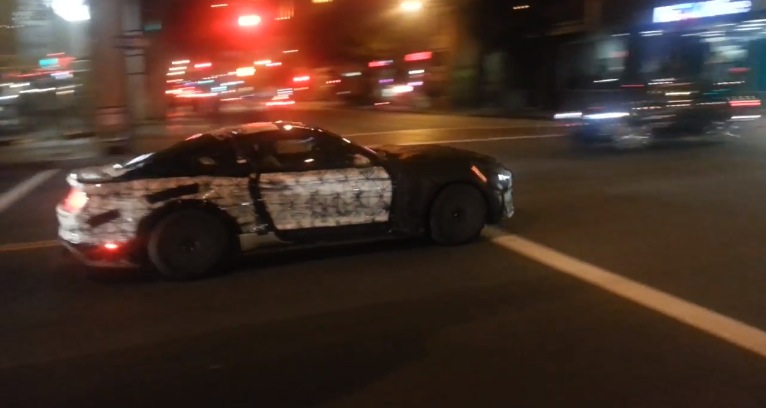 We’ve shown you photos of some recent s550 Mustang GT350 sightings, and now you can hear it in action in this VIDEO.

Spotted in downtown Los Angeles, this GT350 prototype gives us a nice preview of its sounds as it accelerates from an intersection.

For an even better listen at the upcoming GT350, we previously posted this 3+ minute video of the prototype in action.