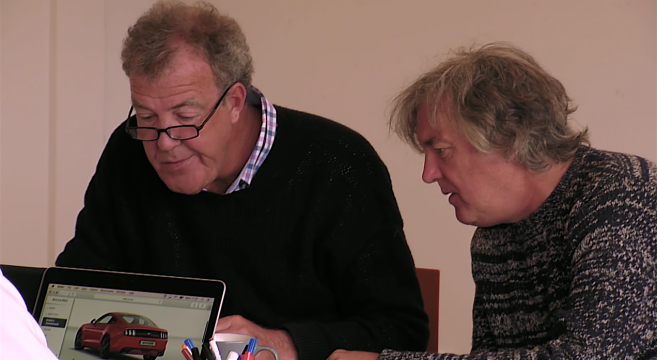 Just for fun: It is no secret that former Top Gear UK co-host Richard Hammond loves American muscle cars, and he has demonstrated a special affinity for the S550 Mustang which he was spotted driving for his upcoming Amazon Prime show while filming earlier this year.

To further make him our favorite auto show host, Hammond is seen in the latest video released by Amazon Video UK, sitting at a table with fellow hosts Jeremy Clarkson and James May as they mull over their yet-unnamed show that will debut this Fall.

The only vehicle to make an appearance in this brief promo is a Euro-spec S550 Mustang which Hammond is filmed configuring on his laptop using Ford’s build and price website.

We certainly can’t wait to see the hosts take the S550 Mustang GT out for a spin on and around the streets of London in their new show.

See the promo video in the forums.