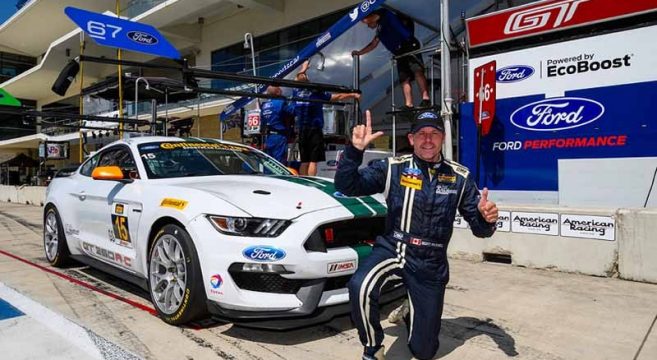 The Multimatic No. 15 GT350R-C team of Scott Maxwell and Billy Johnson Jr. put together a dominant race on Friday at the IMSA Continental Tire Sports Car Challenge at the Circuit of the Americas, propelling the team to its fifth victory of the season.

Scott Maxwell who put the Shelby GT350R-C on the pole Thursday, took the lead from the start and set a strong early pace before Johnson took the wheel, eventually cruising to the finish line with a more than 40-second lead, after the CJ Wilson Racing Porsche team suffered a suspension issue.

The victory puts them 31 points ahead of the second place Porsche team and with one race to go in two weeks at Road Atlanta, the Multimatic duo is on the brink of winning the series title.

Read the full story on the GT350R-C win at COTA in the forums.