What made you order or buy a new Mustang? 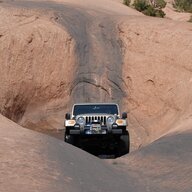 I've driven German cars for a long time, mainly for economy and reliability. Then, I got tired of them, and bought an American Muscle, Mustang.

To me it's like this that happens in real life: You eat chicken and fish all the time to be healthy. Then, you get sick of it, and go back to eating steaks, ribs and go Winn Dixie beef man all the way.

I got mine new because I wanted it new. Tbh used cars are good but idk who drove it before me what they did to it. Idk how they broke it in what they did in the car etc.... tbh life’s short can’t worry about depreciation on everything. Don’t get something drastically beyond your budget but fuck it don’t settle for a used car because it’s cheaper.

I drive my car almost everyday because I love it and never once thought about depreciation. Nevertheless mustang prices right now are astronomical. I paid 41k for my 2018 gt in 2018 and right now if I got another one w the same options it’s 54 -55k which is crazy

*not a financial advisor* 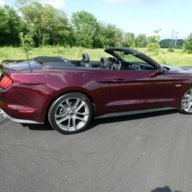 Always wanted to buy a new convertible. Sold my 1965 Mustang coupe two years prior and I was done with project cars in general. Was about to order a 17' until we saw the announcement of the 18 so we waited a year and saved up a bit more. Wife and I were sold on the Royal Crimson color when we saw it in person. I had a very specific list of options that I wanted on it.

I didn't care about taking a depreciation hit for buying a new car. I don't ever plan on selling it and I think long term in almost everything I buy. Mine is parked in the garage and only gets driven on nice days. Wife has her car and my daily driver is a company car. I'm only about 4,500 miles on my Mustang. Yeah, she is a garage queen and sits a lot. Only taken out on nice days and has never been rained on.

I absolutely love the look and design of the car. I got a bad feeling Ford is gonna do soemthing a bit radical with the next generation of Mustangs to attract the younger crowd. 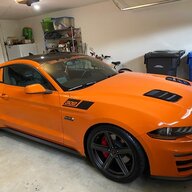 I decided to buy a new Mustang for a couple reasons. First, after driving turbo charged BMWs for a lot of years, I wanted something with a little more presence. Something that stood out and got noticed. The deep growl of American Muscle Cars is appealing to me so I wanted a change. Specifically however, the Mustang was my choice over the others for the following reasons:

Dodge - Well, it is a Dodge which I have always felt were cheaply made and do not stand up well over time. I also do not like the primarily straight body style of the Challenger and the Charger, while better has 2 extra doors that I do not need/want.

Corvette - I am 57 years old and the Mustang is hard enough to get in and out of. The Vette is beautiful but very tight. Also, the price is more than I think it is worth.

Mustang - Has all the power and handling that I like (although doesn't handle like the BMW), but the power and sound are awesome. I really like the rear end of these cars, how the back bulges out on the sides and looks really tough. Outside of the Vette, I don't think the other cars have the same Mystique/History of being a top end performance car like the Mustang.
MODS: JLG Catch Can, Hood Struts, Trunk pop open struts, Cat Back exhaust upgrade, lowering springs, 20 inch wheels, Sound Tube Delete, Katzskin Leather Seating, Short Throw shifter, steeda clutch assist spring. 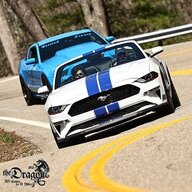 Jason304 said:
Sports/muscle cars, Atv’s, and UTV’s usually get used hard by their previous owners. So I buy new unless I know the previous owner and how they maintained and treated it.
Click to expand...

I could not agree more. The same applies to pick-up trucks.
2015 Oxford White EcoBoost Premium Convertible​ 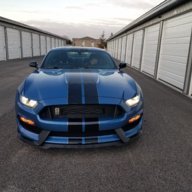 Ended up buying mine used with 1500 miles. When I got to the dealership (BMW) I looked the car over carefully and could tell it had been well maintained. The dealership knew the owner from past BMW purchases and said that he treats his cars very well. I found the original owners kit in the trunk with the guys name on it. Ended up connecting with him on linked in and an hour later was on the phone with him. Turns out he works for a german engineering firm in their automotive division. Followed the break in procedure, etc. So no worries here. If you do your homework and can find out more about the previous owner that is a plus. Private party sales are great for this too.
[sigpic]24573[/sigpic]
2019 Shelby GT350 Performance Blue/Black Stripes
Project Journal: https://www.mustang6g.com/forums/threads/lorne34-shelby-gt350-build-hidalgo-v3.134371/
Previous:
2017 GT Convertible California Special Lightning Blue
2016 GT Premium Coupe Deep Impact Blue 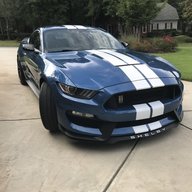