Two separate questions, but I didn't want to clutter the board with two separate threads.

I love my new GT350R but during heel and toe I've found I can't blip the throttle as quickly as on some other fast revving engines. To clarify, I'm not talking about how quickly the engine can rev, but a slight lag in the drive by wire system from when I quickly hit the pedal to when the engine responds. From reading, it appears this is inherent in the tune of the car, and mustang GT owners have eliminated it either with a tune or with a plug-in module that alters the pedal response. Has anyone addressed this on the GT350's in a way that doesn't affect the warranty?

Also, I love the gauge readouts on the dash, but is there a way all that info could be displayed at once on the Sync screen. If there isn't, I was wondering about the feasibility of having a Sync App made that would allow it. Any input?

I agree the sync screen should allow you to select a collection of gauges, not just toggle between then in center dash. From what I've seen I don't it is possible. 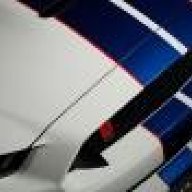 I know what you mean about the lag. I don't understand it. I cant stand when I give it a blip and nothing goes ....just dead. Good thing is, once warranty is up I'm getting it tuned out.
Vintage Honda's
Honda Mini 50's and 70s
'89 NSR250SP
'90 VFR400R
'19 Tacoma TRD Pro
HR231​
You must log in or register to reply here.
Share:
Facebook Twitter Reddit WhatsApp Email Link