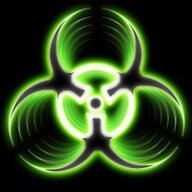 Car has been on jacks for a month or so, (got it 2 months ago and they deleted mufflers and droned bad exhaust and it came from Honda dealer , so I wanted to change the oil. It also got 3”-Borla S catback, all new fluids, engine oil was ford 5-20 semi synthetic /orange jug stuff. Ford 500s filter, and I deleted sound tube


Second- I now have a noisy, ticking noise from im 96% sure ,the throttle body (using old skool trick with screwdriver and my ear led me to the pass side of it (motor side?).
Definitely noisy right there, and random. Turned car off, unplugged it, inspected everything around there. Nothing out of the ordinary

Is my TB wack?

If not, are their any worthy upgrades or just find another Oem one?
Last edited: Apr 2, 2022
OP
OP

To break it down and googling has tons ne, it’s the infamous bbq Tick of the coyotes.

but the more annoying thing is the clicking Throttle buddy.

randomly clicks with no pattern.

No cel, but it’s kinda loud

Well it doesn’t run a 100%, there’s a slight gurgle, baby hesitationfeel, right off ide and can hear it samosa ba umm like noise at idle.

im 995 sure the noise is coming from the throttle body Matt side.

noise was there when I left and still there as the same when I got back. 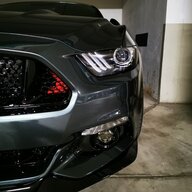 @Mustangfreek I had that throttle body noise, paired with idle problems and occasional stalls after warm start. I got rid of it with a new tune. I check back with my tuner and maybe get an answer of what caused that symptoms.

Update— .after taking engine cover off and firing it back up, the noise is either the canister purge valve directly behind TB or the tb itsekf, but it’s like right there at the tb/canister purge

Took it out , no rattles or what not..could it be the culprit?

oem ford the best or auto store one ok?

When the purge valve is on you can hear it click. Just unplug the electrical connector and see if thats the noise. It will trigger the check engine light for a circuit code tho.
OP
OP

Update—
Ran it again
Unplugged evap purge or whatnot , right behind TB

did it a few times and left it off for minutes.
No codes

I noticed with car off and key on, pushing the gas pedal/makes the TB sound like a screech from Hell

So back at trying to find a good TB

Anyone buy chance got a good 15-17 TB they would sell?
OP
OP

Ok, to update this. I took a chance and ordered 2 of the cleanest looking from the slim pickings on eBay, one with 40k and 13k

Got them both today and was waiting like a kid for my toy to show up, first one from ups shows up. Open it up, instantly notice the plug is in a different spot, it looks bigger, Wtf..

Kicks boxes on the way out of garage and wait for usps to drop other one, well got busy and went out few hours later, box is on the curb and it’s beaten open, like looks like it was F’ing ran over.

now I’m pissed, back to the garage. Put all 3 on the bench, 2 the same, one different. They all rattle, one in broken up box looks
“ok” so decide to try it As it’s identical to mine and off a 16’

Immediately notice with just the key on, pushing the throttle makes a crazy screeching sound besides the blade moving, etc. turn it off, do the throttle down slowly thing couple times and it’s still there, Man wtf.

fast forward an hour it clicks off charge, run over and push the on button, screeching mofo again..

decided to unplug that one and lay on top the other TB,

run into car, turn on, silent as can be besides the slight noise of the blade moving.

unhook cables and charge again.
few hours later, it clicks off, and check the voltage.

ok, leave meter on battery for an hour while I screw around

so, I can’t explain why the big tb doesn’t make the noise, but check the battery

factory motorcraft with 96 month code from, June of 14’

So maybe the battery is the problem?

Damnit, this has been dumb and still nowhere, but dug into the other TB and looked back on pics from another ad on eBay, the car had what looked like the power pack 2/3 with 350 TB

So ended up with a gt350 TB out of this, mess so far. Which is for sale btw..lol

What should I do, leaning towards getting a battery I guess. Just going to say it’s probably not your throttle body. If you listen to it key on engine off the usually have a hum to them. If something was damaged in it like striped gear or something it’s probably going to cause a code. While running the tb will be oscillating fast at (at very low angles)idle due to it doing the duty of what was the IAC.

I can tell you I rarely ever see issues with the TB on the 5.0. Honestly get a second opinion from someone irl. Coyotes aren’t the smoothest quietest engines.
OP
OP

Thanks for the reply

second opinion?
My oem 15’ TB and this other one from eBay off a 16’ do the exact same thing

Screech and howl loudly and not right

battery is trickling again, gonn fire it up after it’s done and see what’s uo

and no cel from any of these TB’s

and yesI checked the purge, it’s not it, unplugging it and running it was no change and no cel eitger

Possible a cam phaser issue, they can make a rattling noise.
OP
OP

Scouring the internet and every oem ford site for parts

none of them have my part number , but all pull up this one

What am I missing here?
I thought the 4th letter Z designates mustang and the one off my car is E ?