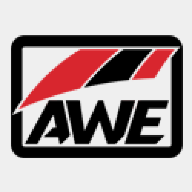 AWE made the announcement of plans for a large leap in their continued growth today, with the break out from exclusively European makes. The brand announced today that it will be entering the Ford market, initially with a new product line for the S550 Mustang GT and Mustang Ecoboost.

"26 years in European performance engineering has led to this. An exhaust, and soon to be carbon fiber intake line, that will take our precision-engineering approach and offer it to the American car market," stated AWE’s VP of Marketing, Jesse Kramer.

The line will incorporate first, an exhaust line up that will include three variants: AWE’s Touring Edition which brings sophisticated tone across the RPM range, AWE’s SwitchPath™ valved system, which offers sound-variation at the touch of an included remote, and the Track Edition which offers an aggressive note all the time.

AWE will be releasing additional information about the product line as the launch gets closer, a date which they have yet to announce.

The product line will be launched in partnership with American Muscle, who will lead the eCommerce sales channel for the new line.

The teaser video that was released today can be seen below:

AWE is the authority in performance engineering for enthusiast automobiles. From award-winning handcrafted performance exhausts to track-tested carbon fiber intakes and performance intercoolers, AWE innovates, designs, retails and distributes AWE brand performance products globally through its preferred network of dealers, online and from its state-of-the-art headquarters outside of Philadelphia, Pennsylvania. Since 1991, AWE’s elite team of researchers, engineers, innovators and drivers have track-tested and introduced premium performance upgrades for some of the finest automobiles in the world.